With Man of Steel opening tomorrow locally, you may well be considering whether it is worth your time. Thanks to Nokia, TechSmart recently got the opportunity to view the premiere a week ahead of its general release. In no particular order, here are our five top reasons why we think this reboot was out of this world.

Admittedly, for those who have grown up in the 80s Christopher Reeve is/was as much Superman as Sean Connery is/was James Bond. However, Henry Cavill (of The Tudors) more than aptly fills Reeve’s shoes, at times eerily resembling a young Reeve in Superman 1 and 2.

Additionally, Man of Steel serves up a less hard edged and more likable reporter in Louise Lane (played beautifully by Amy Adams) who embodies the kind of insatiable curiosity and dogged determination one would expect from a reporter, while also showing an appropriate amount of vulnerability without falling into the too well worn damsel-in-distress stereotype.

Special mention has to go to the movie’s supporting roles as well – most notably, Diane Lane who plays Clark’s mom, Martha Kent, and surprise, surprise, Russell Crowe offering a restrained turn as Jor-El, Superman’s birth father. Kevin Costner makes a brief appearance to as Jonathan Kent, wholly believable as the salt of the earth farmer who raises Clark, although not given enough screen time to really make more than a passing impact.

Superman’s foil, General Zod, who is played by Michael Shannon (Boardwalk Empire, Jonah Hex), also comes across as the most believable kind of villain – a man doing evil things for what he believes is for the greater good of his race. All round though, the performances and characterisation of each of the characters are solid. This is essential, since when you strip the special effects, fight scenes and delectable graphics aside, this really is about a man – a man of extraterrestrial origins – coming to terms with who he is and his place in the world. 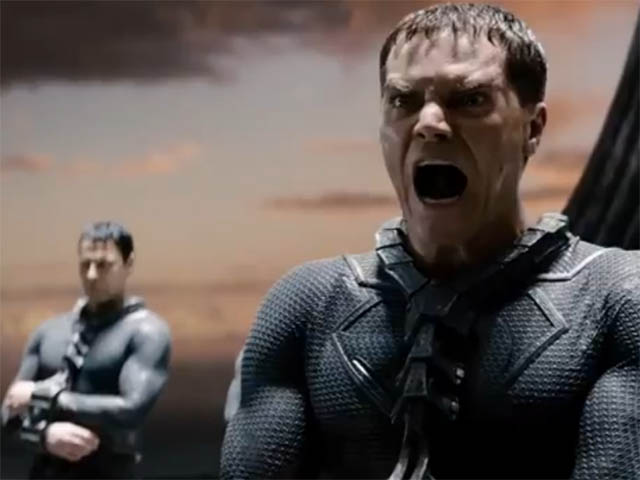 "What do you mean, 20 000 years of intensive anger management didn't help much?"

Throughout the Superman saga, his home planet has mostly been an undetailed mystery, left for the viewers to imagine what an advanced civilisation might have looked like before being destroyed. Director Zack Snyder’s Man of Steel gives a much more vivid glimpse of Krypton, its civilisation, technology and its creatures. This enables viewers to mourn in a way the devastating destruction of what looks like an intriguing people, mainly due to the same kind of environmental hubris that conscientious Earth-dwellers are all too familiar with today.

It also explains why General Zod, the movie’s villain, is somewhat obsessed with Superman, and shows how a society built on a caste system can go badly wrong.

Along with superb performances all round and several eye-popping sequences, it is the music that truly gives the movie that extra dimension of emotive substance throughout. On more than one occasion, it sent chills down our spine, sometimes gradually building to a climax, other times poignantly accompanying. Suffice to say, Hans Zimmer’s score is possibly his best yet, no small praise for the man behind scores such as The Dark Knight Rises, The Da Vinci Code, King Arthur, Pearl Harbour and Gladiator, amongst others.

For those who love movie soundtracks, as we do, a good portion of what makes Man of Steel succeed overall is this magnificent score. Happily, it is already available for purchase in its entirety on iTunes. 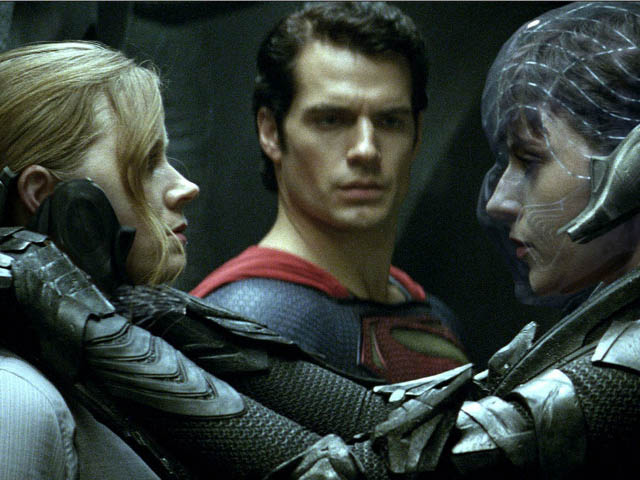 "So, when I suggested we go on a first date, this is not exactly what I had in mind."

The one way in which the Man of Steel differentiates most markedly from its predecessors, is that we see Clark Kent humanised in a way he hasn’t quite been before. To begin with, the movie more realistically shows what a superhuman who was keeping his identity secret would actually look like in the ‘real world,’ namely a drifter who moves from job to job and town to town.

Indeed, via flashbacks we see a young Clark who struggles with playground bullies, and particularly faces the moral dilemma of restraining himself when he wants to fight back – and we, as the audience almost long for him to lash out. This again comes to the fore when a slightly older Clark displays the kind of adolescent bravado that parents of your average teen guy are no doubt familiar with, and again he is urged to rather conceal his abilities by his father.

Indeed, this use of restraint carries throughout the movie, even coming to the fore during a particularly heart rending scene.

The movie shows the progression of this dilemma when as a full grown adult; Clark is again confronted with a bully, this time of the barroom variety. Rather than hand the guy’s internal organs to him in a paper bag, as we know he can, the moment when you see Superman’s version of passive aggressive behaviour is all the more entertaining and amusing for this subtle build up. 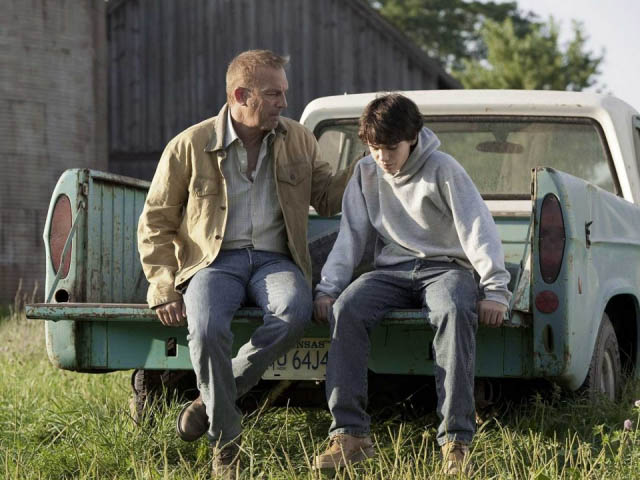 "Clark, you may be bulletproof, fireproof, able to fly in the vacuum of space, and never have to deal with the indignities of acne, but you still have to suffer through the excrutiating  awkwardness that is the father-son puberty talk."

There are a number of jaw dropping action sequences in the movie that will leave action fans satiated, architects or construction workers horrified and Michael Bay impressed, but, rather, we found it was the smaller surprises scattered throughout that we most enjoyed.

For example, Man of Steel deftly answers a number of questions that you may have wondered about, and this is neatly worked into the movie’s narrative as well as Superman’s purpose. For example, if you have wondered what does the “S” really stands for – it isn’t Superman, nor is it Smallville – then this question is answered.

Man of Steel more fully explains Krypton’s demise, in a way eerily reminiscent of some of the shortsightedness that currently dominates our treatment of Earth as well, and answers the question why General Zod becomes obsessed with Earth and Superman to begin with.

Furthermore, one of those bully sequences from earlier in the movie are quite humorously, if subtly, brought to a close, while Superman telling the military “the way it is going to be” was also appreciated. Finally, Clark Kent’s welcome to the newspaper – and his reporter partner - made a smile creep up on our face.

Yes, the 3D works well in this movie, and no, it is not even close to being as maudlin as Superman Returns. Instead, it is a thoroughly enjoyable reboot of a modern day mythology that we can heartily recommend. At 143 minutes (almost two and a half hours) it is not a short movie, but it is engaging enough to make the time seem to fly past. Need more of a temptation? Take a look at the trailer below.