Freedom House, a pro-democracy think tank, recently unveiled the findings of its Freedom on the Net 2016 report, and it makes for interesting reading. The organisation found that censorship on the internet increased for the sixth consecutive year in a row, as governments were viewed to be ramping up on the amount of surveillance and censorship on mobile apps and social media platforms. 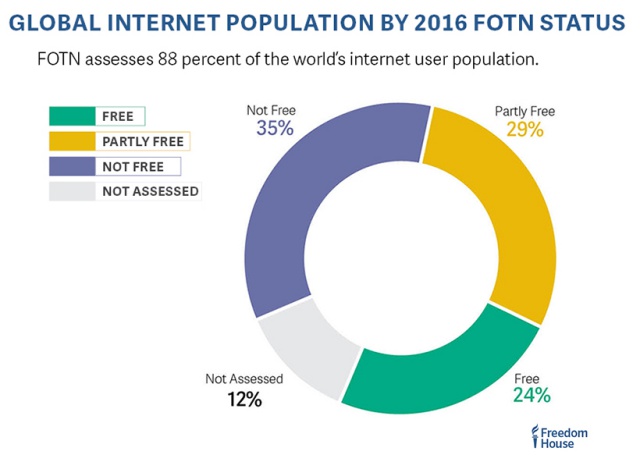 In fact, Freedom House estimates that nearly two-thirds of internet users live within countries were their respective governments actively censor access to and sharing of information and content.

65 countries in total were surveyed, including South Africa, with a total of 88% of the globe's active internet population taken into account. According to Freedom House, China is viewed as the worst country, with an overall score of 88 and being deemed 'NOT FREE' by the organisation.

South Africa, however, fared far better, with an overall score of 25 and claiming a 'FREE' status from Freedom House. As one of a handful of countries deemed 'FREE', it is something we hope remains in the reports for years to come, especially with the proposed Internet Censorship Bill providing cause for concern.