If you play games, read about games, or just like to keep informed about games, chances are you already know that this week marked the debut of a not so little game called Destiny.

And, unless of course you’ve spent most of the year under a rock on somewhere other than Earth, Mars or Venus, you probably already knew that the game would rake it in. Now, that suspicion has been confirmed, as Destiny has apparently claimed the honour of being, according to Activision “the biggest new video game franchise launch in history.”

Eric Hirshberg, the CEO of Activision Publishing, added that Destiny has also distinguished itself with the accolade of being the highest-selling day one digital console release. We do suspect though, that the company’s other mega-million dollar franchise, Call of Duty (remember it?) may just need to have its nose put back in joint, its ego somewhat soothed and reassured that its trophies won’t be packed into cardboard boxes to make way for its new sibling’s achievements.

Meanwhile, reviews of the game are sparse, as many sites and publication grapple with reducing a title of its scope down to a single (or maybe double) digit score.

If you were looking forward to playing Middle-earth: Shadow of Mordor next month on your PS3 or Xbox 360, we have bad news for you, as those versions have been delayed a little to the 21st of November. If though, you were instead planning to pick the game up on the next gen consoles (PS4 or Xbox One) then the announcement has no effect, as those two releases are still on track for the 3rd of October.

Either way though, there is some positive news for both players, as a new trailer has been unveiled which has industry voice over heavyweights Nolan North (Uncharted’s Nathan Drake) and Troy Baker (Bioshock Infinity’s Booker DeWitt) offering a behind the scenes look at their work on the game. More specifically, the duo also discuss how they brought their characters, Talion and The Black Hand, to life as well as their relationship with each other. Hit the trailer below if you are still reading this.

Why on any Earth are you still reading this instead of watching the trailer below? Go on now.

September is shaping up as a big month for game releases, with EA Sports' latest addition on their juggernaut football franchise, FIFA 15 set for debut on 26 September. To give fans of the beautiful game something to tide them over till then, EA Sports has released a demo of FIFA 15 to get a feel for some of the new controls and gameplay features. It was released earlier in the week, and is available for free download to all PS4, PS3, Xbox One, Xbox 360 and PC.

Included in the demo, is the ability to play as some of the globe's biggest football clubs, such as Liverpool, Barcelona and Borussia Dortmund. In the friendly matches themselves, gamers will be given a sample of the new commentary style, video replay cut scenes and updated kits. Added to this, is a new gameplay engine, with players first touch and ball control while running feeling far different from that of previous FIFA iterations.

According to the latest news, Resident Evil Revelations 2, slated for release in January next year, will initially be released as a weekly series of episodic downloads. Hold on to your flashlight, because according to Capcom, each of the four episodes will end with dramatic cliff-hangers, that leave players anticipating its continuation. You can safely stifle your screams though; players won’t have to fear a repeat performance of the Half Life 2 Episodic nightmare repeating itself (you know the one - where we are still waiting for Episode 3 seven years later).

Capcom also unveiled an eerie teaser trailer for the game, set to release some time in 2015. RER2 will be released on the PS4, Xbox One, PS3, Xbox 360 and PC.

If you too have fond or (or more likely, haunted) memories of 2010’s Alan Wake and wondered what ever became of that planned sequel, then you may be glad to hear that recently, Remedy Entertainment’s creative director Sam Lake recently shone a little light on the situation.

In an interview with  Xbox Achievements, Wake explained that the game has not been entirely forgotten, even as the studio’s latest title, Quantum Break is getting all its attention at present, and  revealed that a sequel is still a possibility sometime in the future.

Apparently though, a return to the series is about timing (and we suspect, this time finding the right partners to do a sequel justice), so presumably, Quantum Break will have to be off the studio’s plate first. 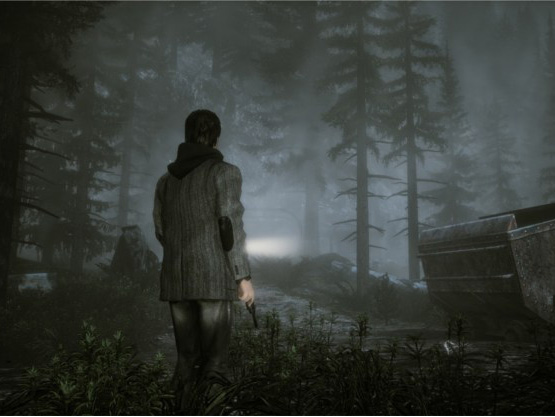 Although Sony's recent presentation at IFA 2014 was filled with new mobile devices to enjoy, there was also some news for gamers to get excited about. The Japanese manufacturer took great pride in showing off the new Remote Play functionality for its next-gen PS4 console. This will allow users to switch gameplay from the TV screen to their Xperia Z3 device.

At this stage, the PS4 Remote Play feature remains exclusive to the Xperia Z3 lineup and should make it a slightly more enticing prospect for gaming fans when it releases in November this year. Live streaming off console titles to one's tablet will necessitate both devices being on the same Wi-Fi network, as well as Sony's specially designed GCM10 Game Control mount.

Added to this, Sony says that the Z3 devices can also be used as a second screen to remotely watch the gaming endeavours of friends, communicate with PSN contacts and purchase games to one's PS4 via the PlayStation app. 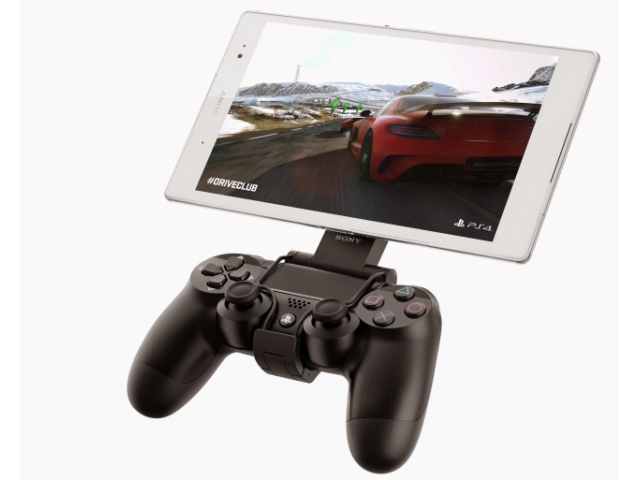 DOA 5 Last Round trailer debuts, ahead of 2015 next-gen console release

One of the perennial fighting titles for console gaming, Dead or Alive's developers Team Ninja, detailed the latest iteration to the franchise titled Dead or Alive 5 Last Round. That news has been followed up with a new trailer showcasing what gamers can look forward to, when it launches on both the PS4 and Xbox One by April 2015.

This marks the first time that a DOA game has been customised for next-gen consoles, and brings with it a larger roster of playable characters. Added also are close to 300 unlockable costumes, as well as a variety of hairstyles and accessories to deck your fighter out in.

Team Ninja's Yosuke Hayashi was excited to bring the DOA series over to the next-gen world, with the new hardware providing his team with the ability to create the "most graphically striking version of any Dead or Alive game ever." Check the trailer below to see what DOA 5 Last Round will look like.

In the works for quite some time now, Bandai Namco has given its realistic driving simulator, Project Cars, a cross-platform release date for 18 November later this year.

The game's creation is unique, with developers Slightly Mad Studios crowd sourcing the necessary funds required to get Project Cars up and going. The studio believes it is the most beautiful and technically-advanced driving game on the market today. To add further incentive to purchase, Bandai Namco has announced an exclusive pre-order version which will give gamers access to a select number of one of a kind vehicles.

It will certainly have its work cut out for it, with Gran Turismo and Forza dominating the market in recent years. For a better glimpse of what to look forward to in a couple months time, click on the trailer below.

Any eSports fan will be all too aware of Real-Time Strategy (RTS) title Dota 2, Defence of the Ancients. The game has a massive following within the eSports community, with the International Dota 2 championships commanding an overall prize pool of nearly $10 million. This year's tournament, held in July, saw the introduction of a new race, known as the Goblin Techies. This class of warrior specialises in placing explosive traps and should be a welcome addition to this wildly popular RTS title.

For those unfamiliar with the game, Dota 2 is freely available to play via Steam, although roping in a few friends to play alongside you is highly advised.