Uncharted news clambers into the spotlight

While we are still breathlessly awaiting more snippets – and a longer trailer for Uncharted 4, the franchise as a whole seems to be gaining momentum again. The latest is that apparently the first three games could be receiving a PS4 remaster in the near future.

This is according to comments that Sony Worldwide Studios boss Shuhei Yoshida made to Eurogamer recently, in which he cited requests from consumers for gamers that were released later in the console’s life. It doesn’t really come as a surprise – Tomb Raider, which was originally released on the PS3, subsequently received the remaster treatment for the PS4. Additionally, The Last of Us remaster is skulking its way onto Sony’s next gen console at the beginning of August, so enticing new PS4 adoptees with one of the best trilogies available on the PS3 makes sense, for those that missed out on them then.

However, Yoshida also made it clear that the company didn’t want to flood the market with remade games.

On another note, it was also confirmed that filming on the Uncharted movie (based on the first game) is slated to begin early next year, despite the fact that Nathan Drake’s role has yet been cast (inexplicably, to us, it’s not Nolan North – the guy that is Nathan Drake in the games – at least not yet). Another cause for concern is that it is being directed by Seth Gordon, the same guy who gave us the darkly horrible Horrible Bosses and the very missable Identity Thief.

Fatal Frame: The Black-Haired Shrine Maiden brings the chills to the Wii U

Typically, the Wii U has been, and in all likelihood will continue to be the platform for family friendly fare, that is, until it hosts some of the more deliciously madcap (Bayonetta 2) or darkly suspenseful games. The latest in the latter category, to climb wetly out of the murk and haunt your dreams will no doubt be Fatal Frame. If you are a fan of Japanese horror (or adaptations therefore) in The Ring, The Grudge or Dark Water vein, then Tecmo Koei  trailer for its latest Fatal Frame may look familiar, as it too has the trademark Japanese horror creepiness.

Suffice to say, the trailer below makes it worth a watch for that reason alone, even if you don’t understand Japanese. Now the bad news: while the game has been announced for release in Japan at the end of September, there is as yet no further word as to whether or when it will be released to other markets. However, considering we did get Tecmo Koei's Spirit Camera: The Cursed Memoir on 3DS, there is reason to hope.

Lords of the Fallen dated

The nest action role playing game wending its way to the PS4, Xbox One and PC has been dated, and appropriately enough, at least Stateside, the game will make its appearance just in time for Halloween (31st October).

Admittedly, as the trailer below shows, the games looks distinctively Dark Souls-ish, with a bit of a Skyrim vibe for good measure, neither of which are bad things at all. However, it does look like the combat is somewhat more forgiving than the notoriously difficult Dark Souls (review) franchise.

Ubisoft has announced that a new free-to-play mobile entry in the Assassin’s Creed franchise is in the pipeline for iOS. The game, which will boast both single player and multiplayer components, will apparently mix card battle with role playing and strategic gameplay. The company explained that Assassin’s Creed Memories will allow players to revisit familiar periods in time like Colonial America and Rennaissance Italy, as well as new and unexplored eras. Furthermore, players will also be able to create their Assassin and choose allies that will benefit their strategy and playstyle.

While a release date has not yet been confirmed, the company did say that the game will be made available for download “soon.” 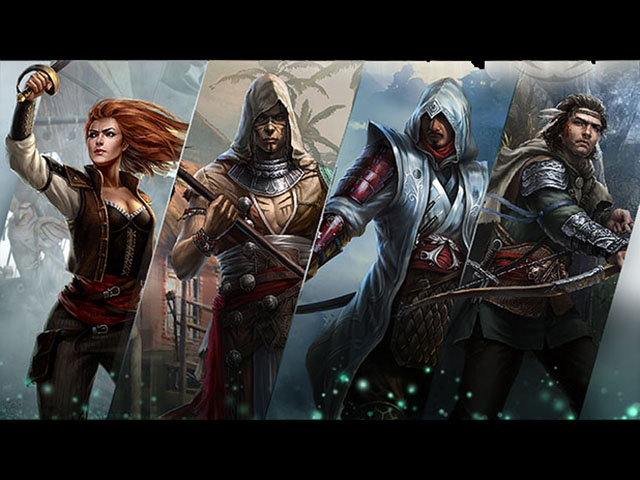 Still set for release later this year in October, WB Games has given Middle Earth fans a new behind the scenes trailer for Shadow of Mordor to whet their appetites. The trailer features well known gaming voice actor Troy Baker (The Last Of Us), who breathes life into the role of Talion, the main protagonist and Middle Earth: Shadow of Mordor's cinematic director Christian Cantamessa.

The two speak about the creative process behind the design and look of Shadow of Mordor, which is meant to deliver a distinctly unique feel from the rest of Middle Earth inspired gaming titles over the year. The game developers have used Shadow of Mordor to bridge the gap between the stories of The Hobbit and The Lord of the Rings, with some familiar characters from Tolkien's work making an appearance, chief among them being Gollum.

Based on evidence from the trailer, the cinematic cutscenes littered throughout Shadow of Mordor look fantastic and will certainly go a  long way in enhancing the overall playing experience this game delivers.

We first detailed news regarding a new Doom title a few weeks ago, with a menacing and ominous looking teaser trailer. More details surrounding the game would be made available at QuakeCon 2014, which as luck would have it takes place this week. The first detail to emerge is the upcoming game's title, which will simply be called Doom, even though it is technically the fourth iteration in the franchise.

As far as platform releases go, Doom is confirmed for launch on PC, PS4 and Xbox One. Added to this, Doom will run the id Tech 6 gaming engine, which game developers believe offers the perfect foil to Doom's fast paced combat style. A demo of Doom was showcased at QuakeCon 2014, but was not streamed, with attendees being the only ones to see the early version of the game in action. We'll be sure to keep the updates coming, but hopefully a refresher of the teaser will offer some respite till then.

One of the most popular fighting franchises in the console gaming era, Tekken's influence has waned in recent years, but game developers Bandai Namco is hoping to reclaim its throne with the announcement of a new iteration. Bandai Namco is also pinning its hopes on the Unreal Engine 4 platform that the game will be built around.

The trailer itself gives very little detail in terms of gameplay, but hints at certain aspects of the storyline with perennial characters Kazuya and Heihachi staring each other down before an epic battle is set to ensue. The trailer ends with the words "The Final Battle" emblazoned across the screen, possibly hinting at the end of this particular story arc and perhaps making room for another one in future iterations.

At this stage no confirmed release date has been made for Tekken 7, but a panel of the game's designers will be hosting an event at this year's San Diego Comic Con on 25 July.

The latest gameplay trailer for Assassin's Creed Unity has been revealed by Ubisoft as gamers will be taking their skills for killing and free-running atop buildings to the streets of France amid tension between the poor and bourgeois.

This installment in the Assassin's franchise takes a different tactic, with gamers now focusing on fighting for the needs of the many, as opposed to more personal ends in previous games. What is retained however, is the quick-killing and fast combat that we've to know in all Assassin's Creed titles. As evidenced in the trailer below Ubisoft has paid specific attention to character speed and adding to the scale of the environments that France affords.

Set for release on 28 October later this year, we cannot wait to try Assassin's Creed Unity on either PS4, Xbox One, as well as PC.

BigBen Interactive has released the first images from its upcoming sports title, Rugby 15. This marks the first time that a rugby gaming title has been purpose designed for next-gen consoles, as Rugby 15 is set for release in the third quarter of this year. Rugby is a sport that has not received its fair share of attention, in terms of dedicated gaming titles that the like of football (both American and the real one) has.

The first few images are still a working process, with Big Ben still set to make some fine adjustments to make it look as realistic as possible. They have also stated that particular attention has been paid to the AI and gameplay, to enhance the core experience of the game.

Check out the images below for a better look at the upcoming Rugby 15. 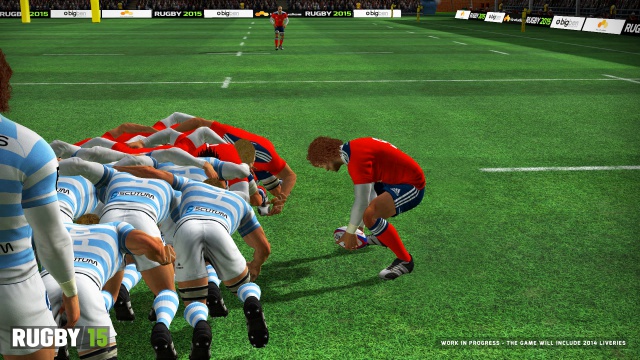 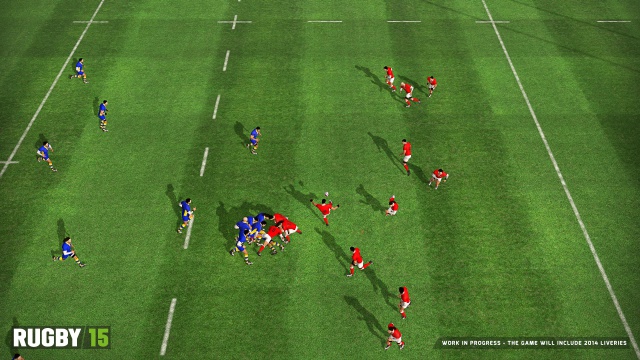