It's no secret that vintage comic books can be big business, with one in a good condition commanding hundreds of thousands of dollars. That may seem substantial, but a mint condition issue of the comic book containing the Superman's 1938, Action Comics #1 debut sold for $3.2 million (R34 million) on an auction this week.

This beats the previous record held for a comic book by more than $1 million, which coincidentally enough was for Action Comics #1 as well. The comic book was given a nine out of 10 quality rating by the Certified Guaranty Company, with no more than 50 unrestored copies of the comic book believed to be in existence today. Given the fact that the original would have only sold for 10 cents (American) back in 1938, that's quite a return on investment.

The first trailer for Automata, a Sci-Fi Action Thriller starring Antonio Banderas (Puss in Boots, The Expendables 3) debuted earlier this week, and based on initial impressions could shape up to be one the better Artificial Intelligence-themed films released in recent years. The film is directed by Gabe Ibáñez, whose work is relatively unknown to English speaking audiences, but he has worked on a variety of different Spanish projects to date. 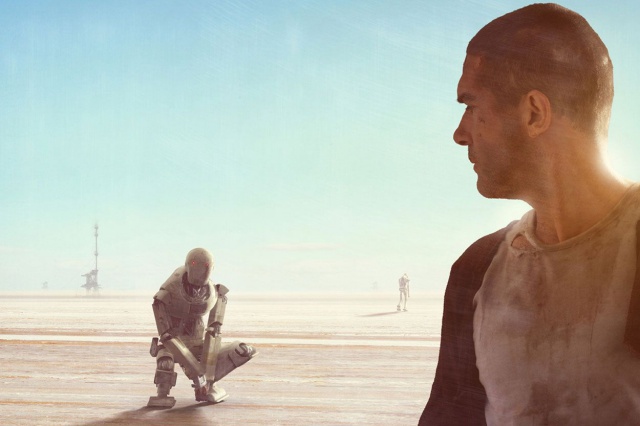 The film storyline revolves around Banderas' interaction with a unique group of robots, all of whom have displayed some semblance of self-awareness, which spells trouble for both them and Banderas. After a near-death encounter with a robot bounty hunter of sorts, Banderas is saved by the aforementioned group of robots, and brought into their fledging community.

If bargain-hunting, rather than tomb raiding is more in your purview, then hop and scramble over to the latest Humble Bundle offering.

This latest is notable for a couple of reasons - namely it includes books by two of our favourite, and widely highly regarded authors. More specifically, those opting to open their wallets as well as the Humble Bundle page can pick up Neil Gaiman’s American Gods and James Rollins’ Map of Bones.

Paying a little bit more than the standard $7 (R70) will also net you The Wasteland Saga, and The Witch of Portobello by Paulo Coelho, while upping your contribution to $10 (R100) will give you Kim Harrison’s Dead Witch Walking.

The bundle supports First Book, Science Fiction & Fantasy Writers of America Emergency Medical Fund, and the Comic Book Legal Defence Fund, and as with previous Humble Bundles, you can divide your contributions amongst the charities.

Before Andrew Garfield nabbed the role of Peter Parker in the rebooted Amazing Spider-Man franchise, there was a large amount of online support for Donald Glover (Community) to take on the role. That decision seemed to polarise a lot of fanboy opinion, centering around the fact that Glover is African American and Parker is not. 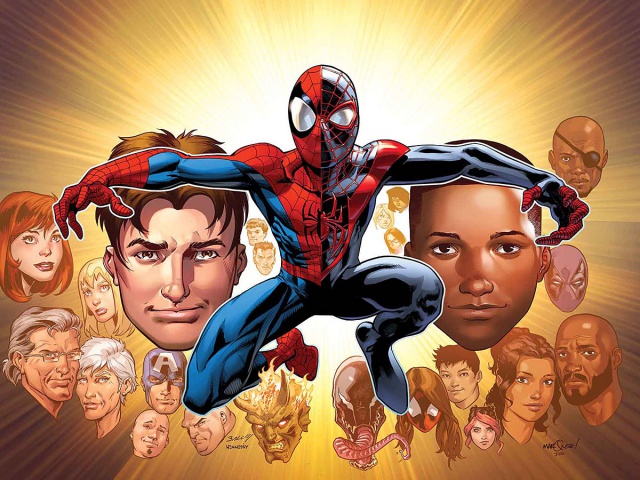 Glover, who goes by the rapper alias Childish Gambino, has now been given the chance to voice a character in an upcoming episode of the Ultimate Spider-Man animated series. He will be lending his vocal talents to Miles Morales, a half African American, half Mexican teenage Spider-Man from one of Marvel's Ultimate universes. Chances are this will only be a once off performance, but it should interesting to see what Glover brings to the role.

If, like us, you have been following the excellent Tomb Raider comics – which are apparently bridging the story between the first game and Rise of the Tomb Raider coming next year, then here’s good news. The latest issue, no 7, is now available as of today from Dark Horse comics. A mere R51 grants access to Lara’s continued travails.

Another video game/comic tie in also releasing this week is the 167 page Batman: Arkham Unhinged Vol 4; this time a prequel to the Batman: Arkham City game, and which explores a new villain named Bookbinder (who says librarians and book-keepers don’t have a dark side?). The comic is now available at the money-pit otherwise known as Comixology for the princely sum of $17 (R170). 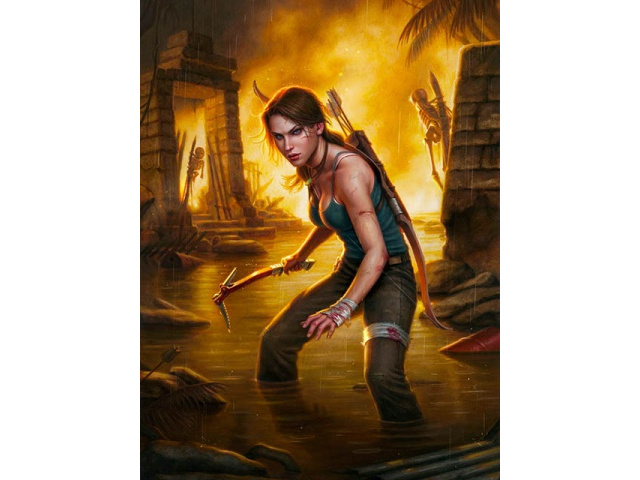 Some things are a big deal, especially when scientists discover something highly rare and largely elusive, such as finding water in space.

More specifically, the frighteningly smart folks over at NASA have discovered the presence of water clouds in a brown dwarf’s atmosphere. More significant is that the alien world is a mere 7.3 light years away (about enough time to binge catch up on all the seasons of The Big Bang Theory, Breaking Bad and Game of Thrones combined with just enough time left over to twiddle your thumbs for a few years). Apparently, the discovery marks the first time evidence of water clouds outside our solar system has been found.