If it’s kaiju you’re after, you’re certainly going to get it in Godzilla: King of Monsters. This is the third instalment of Legendary Pictures’ MonsterVerse universe, after Godzilla and Kong: Skull Island, and is set to pit Godzilla against enemies we’ve only mainly seen in Japanese versions of this mythical beast’s portrayal. These include the winged Rodan, the massive moth Mothra, and Godzilla’s biggest nemesis, the three headed King Ghidorah.

The trailer is slightly confusing, making us believe that humanity’s survival is dependent on these beasts, not explaining if they are the cause of the current rather desperate state of play on Earth. We’re also not sure if King Kong will make an appearance, seeing that the next instalment, scheduled for 2020, will be Godzilla vs. Kong.

The movie star Millie Bobby Brown, who we know best as Eleven from Stranger Things, as well as Ken Watanabe (Inception, Godzilla) and Vera Farmiga (Up in the Air). Gareth Edwards, the man responsible for the original Godzilla was set to direct, but when he left the project, he was replaced by Michael Dougherty, the man in charge of the surprisingly good Krampus.

Good or bad, Godzilla: King of Monsters should be entertaining enough if only to see those monsters go head-to-head when the movie is release on 31 May 2019. 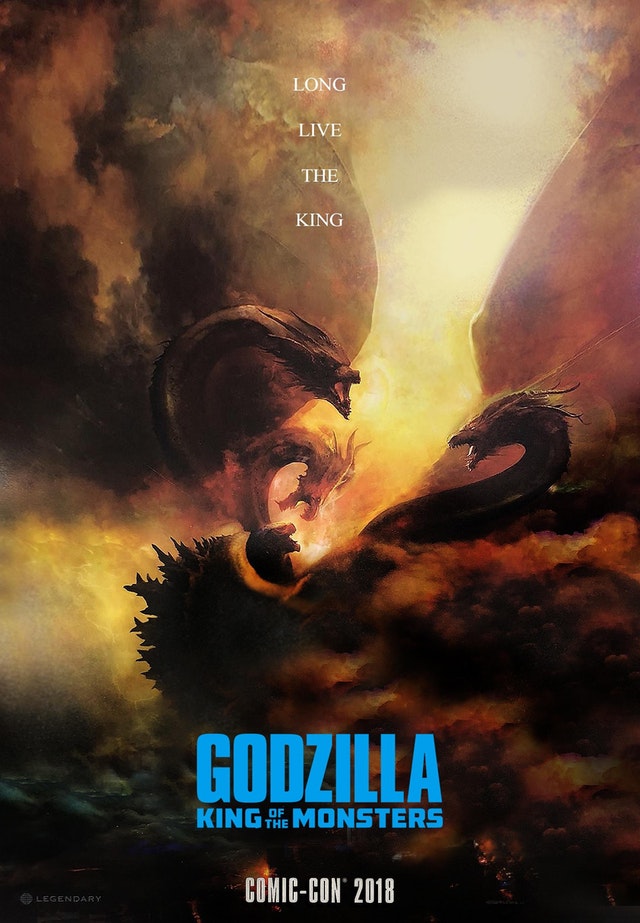