Google's self driving car project has been on the roads of San Francisco, California for awhile now. In that time, the key concern, accidents, have been minimal, with Google often citing issues with human drivers rather than its computer aided one.

One other interesting fact, is that to date, the self driving cars have not received any official speeding tickets. In fact, Google estimates that almost 1.2 million miles, or rather 1.93 million kilometres have been driven by the self-driving cars. As such, that's roughly 90 years of driving experience by Google's calculations.

While the self driving cars have not received any speeding tickets, they do not remain out of reach of the law. Recently, Aleksandr Milewski posted an image on Facebook of a self driving car appearing to get a citation from a traffic officer. 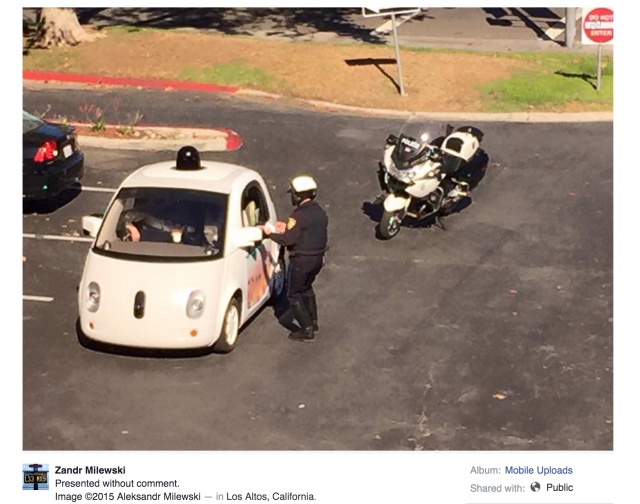 Since then, Google has clarified that the car was receiving a ticket for driving too slowly. Google explains that it has capped the top speed of its prototype cars to 40 km/h, which is the reason why the officer in the picture pulled over the autonomous vehicle (with human passenger).

As such, it seems like Google's speeding ticket streak is still going strong.