Forget the egos of F1, the real racecars of the future will be driverless. That is, if you believe the folks over at the Roborace series, who have debuted the first images of its concept racing car, dubbed the Robocar.

Appropriately it had a bit of Hollywood buff to polish it up, thanks to the work of chief design officer Daniel Simon, who was vehicle concept designer on Tron: Legacy and also did the quite beautiful Bubbleship for Oblivion. 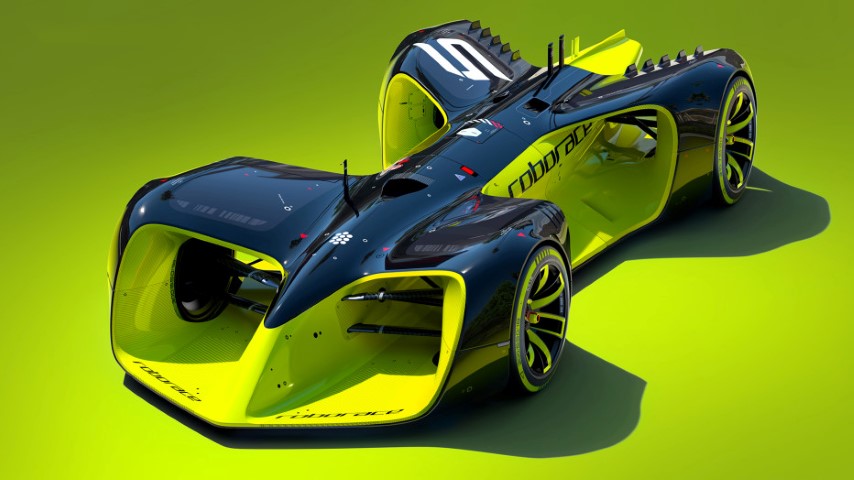 The Roborace series is set to act as a support category to Formula E, taking things one step further by not only going all electric but by also being autonomous. Ten teams with two cars each are set to compete during every Formula E ePrix, speeding around tracks in one-hour long races.

Key to the design was the fact that the car need not revolve around a driver, thus freeing up creative design space. “My goal was to create a vehicle that takes full advantage of the unusual opportunities of having no driver without ever compromising on beauty,” Simon said. “The Roborace is as much about competition as it is entertainment. Therefore – and quite unusual in today’s racing world – beauty was very high on our agenda and we work hard to merge the best performance with stunning styling.”

Simon also notes the importance of substantial downforce, stating that this is made possible by using the floor as the main aerodynamic device. There is very little else known about the cars, with Wired reporting that cars would have top speeds of more than 300 kph.