After debuting its new ultra-thin and powerful Spectre 13 notebook a few weeks ago, HP is at it again. This time with an all-new 13" Chromebook. Named the Chromebook 13 for obvious reasons, this latest offering is perhaps the best looking Chromebook we've seen to date, swathed in a very nice brushed aluminium for the body. 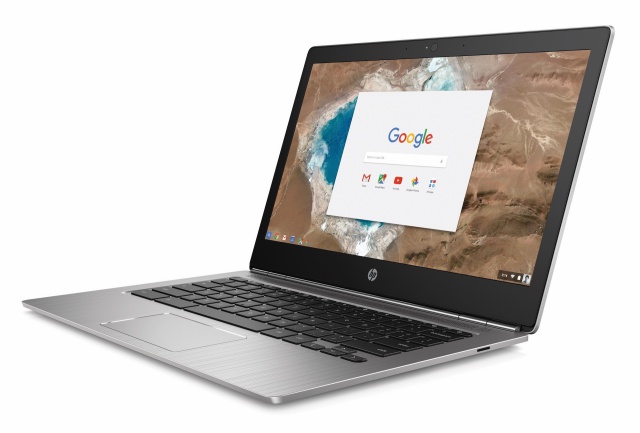 Along with some head turning looks, it's also the first Chromebook to use Intel's Core m Skylake processors, which can be configured with up to 16 GB of RAM (although why you would want to do that on a Chromebook is not quite explained) . Also configurable is its 13.3" display, which can sport resolution as good as a 3200x1800 pixels. Like many of the new notebooks out at the moment, it also features a USB-C connection. Added to this is a 11.5 hour battery life according to HP, with fast-charging also thrown into the mix.

This latest Chromebook was unveiled in New York earlier this morning, with pre-orders starting at $499 for the base model in the US from today onwards. It's unclear when South Africa will get in on the action, but if you're in a part of the country where broadband connectivity is rich and plentiful, the HP Chromebook 13 could be right up your alley.