Huawei counting down to new device in teaser campaign

When a tech company tries to tease an upcoming release days before an official announcement, they often fail to keep things under wraps. The latest effort from Huawei on the other hand, has a lot of people stumped. The Chinese manufacturer released a video yesterday that detailed very little, apart from saying that a new revolutionary device was on the way come 15 April, and that light will play a major role in the device's marketing campaign. 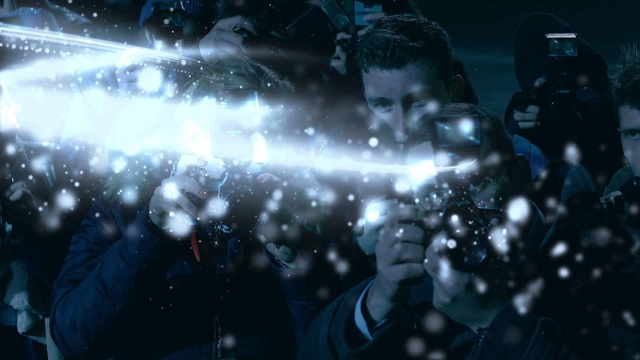 Although the true identity of this mystery device is still unknown, we're pretty sure that Huawei is not getting into the flashlight game. Instead, an educated guess would lead us to believe that a new flagship smartphone is on the way. Huawei never showed a flagship smartphone at MWC 2015 earlier in the year, but the Ascend P7 (review) debuted a little under one year ago, so the P8 might be it. There are also a number of cryptic messages hidden in the video below.

The first clue shows a man working on some sort of metal case, perhaps a smartphone one, before a robbed man walks past and "absorbs" the light. This mystery man does the same wherever he walks, and brings back not so fond memories of the recent load shedding we've experienced of late. Moving swiftly along, the mysterious man then stands on a hill overlooking the city, before drawing all nearby light to a device in his hand. There is also the very intentional use of the word "infinite", which you'll know is symbolised by an 8 on its side. Following the video, Huawei has been releasing countdown imagery, which will eventually lead up to the 15 April announcement. Having impressed of late for their surprising mix of value for money and solid performing devices, we expect the Ascend P8, if it is that, to be a real winner.