Slowly but surely we are being leaked information about the latest James Bond - Spectre. Having recently revealed a sullen looking Daniel Craig poster (in a bit of a homage to Roger Moore, see below), it’s time for the first teaser trailer.

The trailer picks up after the devastation caused in Skyfall, with an obliterated MI6 telling that the world as James Bond knew it is far from normal. The movie seems to continue delving into Bond’s past, with Moneypenny (Naomie Harris) revealing that James has a secret, "Something you can’t tell anyone, because you don’t trust anyone."

Bond is seen paying a visit to a ragged Mr. White (Jesper Christensen), who was an integral part of the crime organisation Quantum in the first two Daniel Craig movies, said to be the titular Spectre organisation in the latest one. He reveals, "You are a kite dancing in a hurricane, Mr. Bond." 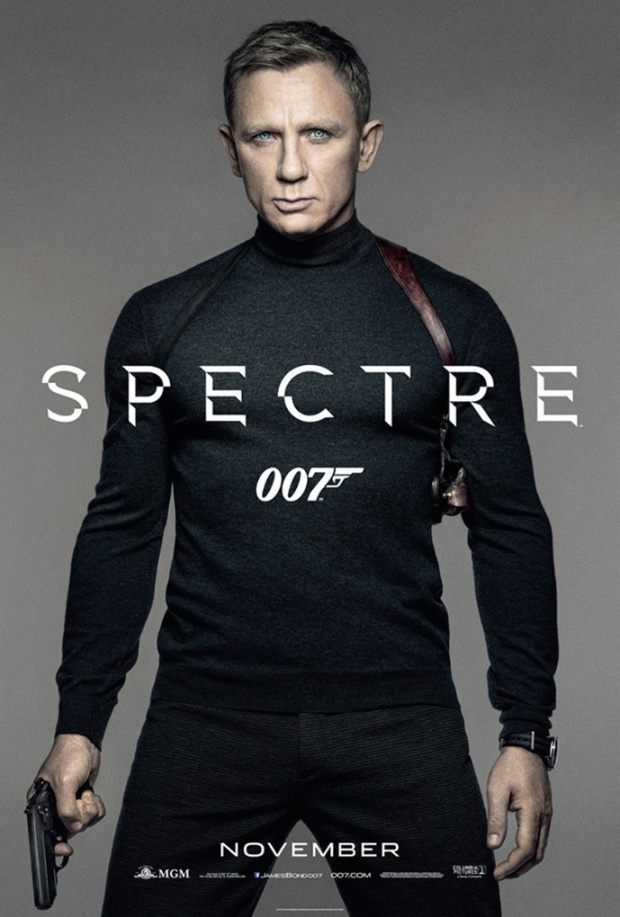 Unlike the new Mission Impossible action extravaganza, not much of this "hurricane" is revealed, instead the trailer takes on a sombre tone. As a teaser to the full trailers coming up, we are only afforded a glimpse of Bond woman Monica Bellucci (Lucia Sciarra), while Christoph Waltz hides under the shadows as crime boss Oberhauser. "Welcome James," he says in a meeting of what seems like very quiet criminal minds, "It’s been a long time, and finally, here we are"¨ Our sentiments exactly.

Spectre is set for release in November 2015 and is once again directed by Sam Mendes, who we thought did a great job on Skyfall.

Click the trailer below to catch a glimpse of what Spectre has in store.