Joker and Two Face get their own (expensive) watches

RJ Watches is perhaps best known for their far-out timepieces. Swiss made, these watches don’t come cheap, but if you’re looking for a fancy comic book or gaming related chronograph, RJ Watches is your man. If you follow them you should know about their Batman watches. But what if you’re rather a bit more interested in the foes? As part of their new DC Comics Villains limited edition series, RJ Watches has you covered with two new editions, celebrating the Joker and Two-Face. 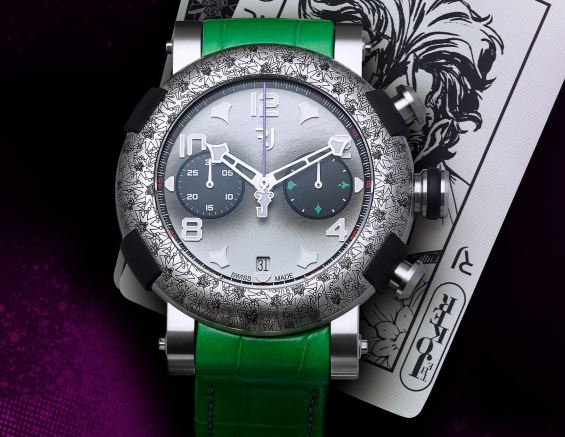 Each watch will be produced in a limited edition of 100 pieces and both The Joker and Two-Face versions will be the first collaborations to be presented in RJ’s new ARRAW watch case, the base for their signature collection.

The Joker is arguably Batman’s greatest foe, with the new RJ ARRAW Joker capturing design elements such as the Joker’s lethal razor-tipped playing cards and of course his striking facial make-up. Every RJ ARRAW Joker watch comes with three interchangeable straps, including the iconic purple and green (in alligator skin, don’t tell Killer Croc) and a waterproof black one.

Apart from the difference in appearance, the Joker watch is a self-winding chronograph while the Two-Face one has a manual winding movement in a skeleton format. Talking of which, the RJ ARRAW Two-Face watch certainly captures the villain’s dual nature. The watch face and strap are ‘split’ in two, with the left-hand side of the watch intentionally clean and structured, while on the right side, the three-layer skeleton movement is exposed to show the inner workings of the watch.