Metal Gear Online has numerous DLC on the way for March

If you've since put down your controller after completing Metal Gear Solid V: The Phantom Pain (review), you may want to pick it up for the game's online multiplayer mode - Metal Gear Online. A mixture of real-time strategy and role-playing, Metal Gear Online is a pretty nice romp for fans of the Konami franchise. Now, the online mode is readying for some DLC for March. 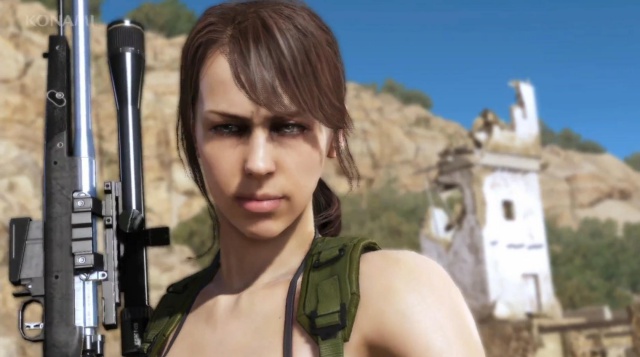 This takes the form of "new" character Quiet, the silent sniper with a predilection for wearing a black bikini on the battlefield. Just like her role in the story mode of MGS V: TPP, Quiet is designated as a "Scout" class character, but just how playable she'll be in-game is unclear at this stage. Added to this are three new maps, titled Azure Mountain, Rust Palace, Cradle of Spirits.

The precise date for this upcoming DLC has not been detailed by Konami, nor has its pricing, but the company has confirmed that a new survival mode for PS3 gamers will be arriving soon. Until then, watch the video below showcasing what Metal Gear Online has to offer.