Whenever Microsoft unveils one of its own self-branded devices, it's usually a bittersweet experience, especially as the hardware's chances of reaching our shores have been slim to none. We're still to see a Microsoft Surface Pro tablet or the Surface Book land locally in any official capacity for example, but we still hold out hope.

Nevertheless, the latest piece of hardware from Microsoft, which was introduced yesterday, is still worth writing about - the new Surface Pro. For this iteration, the company has opted to drop any numbering conventions and keep the name simple.

The rest of the device, however, is far from straightforward, featuring some of the best specifications Microsoft could source for a tablet-hybrid. To that end, Microsoft claims the new Surface Pro touts as many as 800 new custom parts, using a reported 99% of the space inside the device. 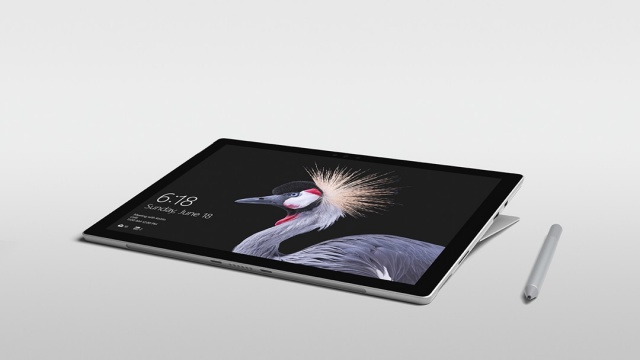 As far as specifications go, some of the standout numbers are 13.5 hours battery life, which is said to be 35% more than that of the iPad Pro. Which model though, is not mentioned by Microsoft. Moving on, there's a 12.3" PixelSense display (267 ppi pixel density), with its frame featuring a new hinge that gives it 165-degrees of tilt, along with a Studio Mode when placed flat. The Studio Mode also makes it compatible with Microsoft's Surface Dial tool, which you can see in action in the video below.

Other noteworthy elements include an Intel 7th Gen Core offering, depending on the model you opt for, as well as LTE advanced connectivity. It also comes with a choice of fabric Alcantara keypads (Platinum, Burgundy, Cobalt Blue and Black), and will ship with the Windows Creators Update.

The new Surface Pro is currently available for pre-order in the States, and hits retailers on 15 June in select regions from $800. Hold thumbs for it also making it to local shores.