Forget the selfie-stick, what you really want is a 3-Axis Shooting Stabilizer, and you’re in luck, since Chinese manufacturer Xiaomi just launched one. Part of the Mi Ecosystem, the Shooting Stabilizer includes an acceleration sensor that can track the position of the mounted smartphone, according to 360 Gadgets.

To help stabilise your images and video footage the Stabilizer rotates from 9-degrees to 30-degrees for a 270-degree rotation without distortion, and comes with four shooting modes. These include ones for horizontal movement, omni-directional movement, direction lock, and vertical mode (check it out in action here).

The product needs a battery to operate since it’s not purely mechanical, with Xiaomi including a 1050 mAh battery that offers shooting time of up to four hours. At about 450 g, the 3-Axis Shooting Stabilizer weighs a fair bit more than your regular selfie-stick, but has yet another added benefit – being able to mount it to a tripod for added stabilisation. Currently it’s only available here, retailing for CNY 799, which is approximately R1500. 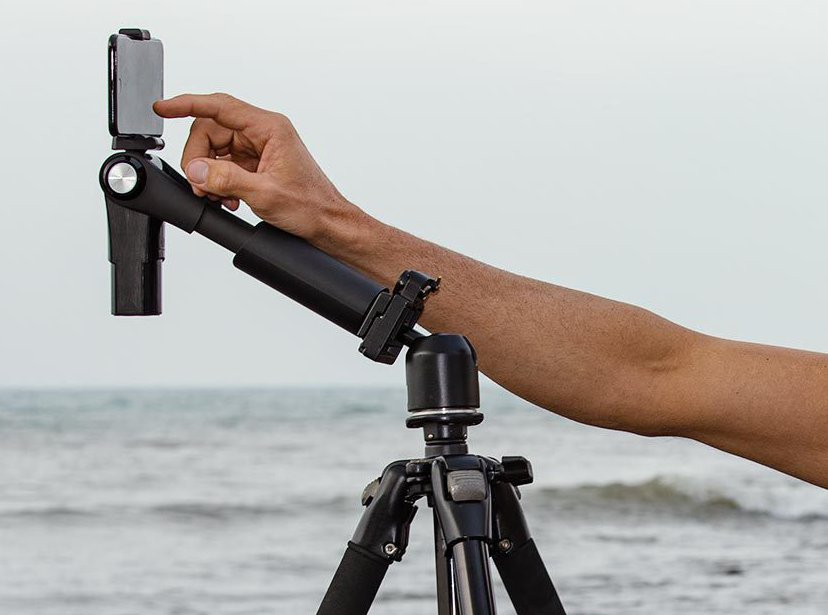 Xiaomi also recently revealed the Mi6 smartphone that comes with some pretty impressive specs (6 GB RAM, Qualcomm Snapdragon 835, dual camera), but what it didn’t include is a headphone jack, taking the same route as the Lenovo Moto Z and iPhone 7 Plus. Why? Wccf tech reports Xiaomi noting it allows room for other additions. What other additions exactly is unknown, since it doesn’t include waterproofness such as Samsung’s new devices, nor a ground breaking body-screen ratio. TechRadar believes a lack of 3.5 mm jack might also cost Xiaomi, especially in developing markets where Bluetooth earphones might be too costly.