Alienware has launched three new gaming notebooks, adding to its already formidable gaming PC line with 14”, 17” and 18” offerings. The notebooks were first spotted approaching the stratosphere at E3 earlier this year, now Dell has confirmed that they have indeed touched down on local shores, a long way from Area 51.

In case you missed that earlier sighting, fear not. Apparently each machine has its glowing ports set on particular types of PC gamers, and will likely cast its gaze your way. The 14” Alienware 14 is intended to balance performance with portability, able to hop into users’ backpack and accompany them wherever they go (not as creepy as it sounds), sort of the Bumblebee of the range.

The Alienware 17, meanwhile, were it truly from another world, would be the extraterrestrial that counts benchpressing Boeings amongst his hobbies, apparently boasting “the latest technologies” to rival desktop PCs in the performance stakes while providing gamers an immersive, graphics-intensive experience.

King of the hill, or the Megatron amongst these visitors, is undoubtedly the Alienware 18. This beast, which really does test whether you have the spine to harbor it, physically and financially, has been billed as “the ultimate gaming notebook”. Its agenda is to leave your LAN peers cowering in fear, as it lays claim to “unparalleled performance and construction.” 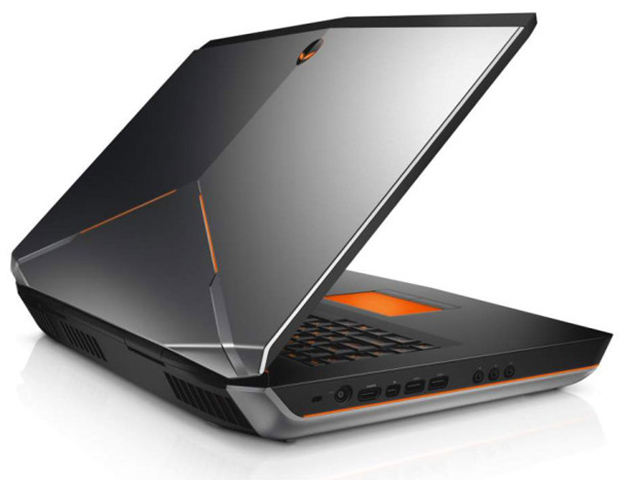 The Alienware 18 has landed - but can your wallet, and your gaming friends, handle its daunting presence in your life?

As many a PC gamer would attest, the graphics card at the heart is of prime importance (you could call it a gamer’s prime directive). Thus, the Alienware 14 can accommodate up to a GeForce GTX 765M with 2 GB memory, while the Alienware 17 can be graced by a GeForce GTX 770M with 3 GB of memory.

Further proving its dominance, apart from its size, the Alienware 18 will boast NVIDIA SLI dual graphics technology (two GeForce GTX 780’s have been promised) as standard, and this notebook will further offer an overclocked CPU option with a maximum speed of 4.3 GHz.

On the display side, each of the units bring their own distinctiveness. The Alienware 14 offers an anti-glare LCD display with wide viewing angles along with the option to upgrade this to a  full HD panel option with IPS. The Alienware 17 meanwhile, can cater to those who have joined the 3D gaming fold, with an optional 3D panel, while the Alienware 18 will sport a full HD display.

As promised at E3, the notebooks will be able to put on a lighting show bar-none (no word yet whether they will also be able to belt out the full extraterrestrial anthem as in Close Encounters of the Third Kind).

Users will be able to customize their notebook by choosing from amongst 20 colours, which can be assigned across 10 different lighting zones.

Apparently though, this is not just for show – these AlienFX have been integrated into more than 60 game titles, with the lights reflecting in game actions such as healing, taking damage, or completing missions.

“The new laptops are the latest culmination of listening and learning from our customers since we delivered our first gaming system back in 1996,” commented Boitumelo Kgnore, Dell South Africa client product marketing manager. “We spent countless hours meticulously thinking through every detail of these new products to ensure they would be the most amazing line-up we’ve introduced yet.”