Nintendo did things a little differently at E3 2017, as the Japanese company tends to do, keeping it short and sweet for its Spotlight press conference. Luckily, the 20 minute presentation was followed by its usual Treehouse sessions, offering more extensive looks at the games they revealed. 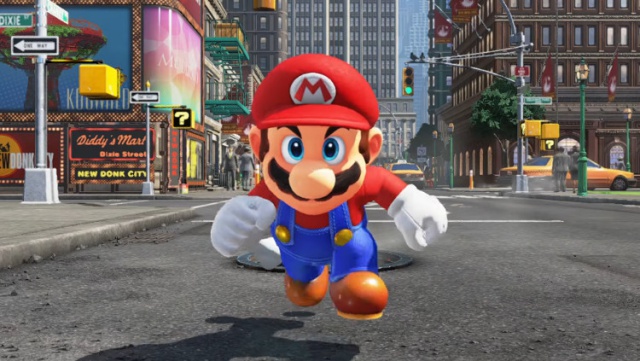 To that end, Fire Emblem Warriors and Xenoblade Chronicles 2 were showcased, alongside new title Super Mario Odyssey and the announcement of Metroid Prime 4.

We start with the bigger titles, and they don't come much bigger than Nintendo's Italian plumber. In Super Mario Odyssey, our mustachioed protagonist is leaving the confines of his own world for the concrete jungle. Added to this is perhaps the most traversable environment ever created for a Super Mario game. To that end you can jump on and climb up almost everything within reach, which should be nice for any parkour fans out there.

Another key element of gameplay is Mario's signature red hat, which when thrown onto enemies can unlock surprise special moves. The hat can also be flung at inanimate objects, helping Mario move around the city.

Super Mario Odyssey is currently set to hit the Nintendo Switch on 27 October.

If you're a fan of hack and slash titles, Fire Emblem Warriors is likely going to tick all your boxes. The game looks intense, based on the demo Nintendo gave for it, with gamers required to take down hordes of enemies at a time. The transformations and special move animations are particularly noteworthy, and with constant mission requirement updates for each stage you play, the game should provide plenty hours worth of gameplay.

It's landing on the Nintendo Switch later this year (possibly Q3), with an up tempo style of fighting that looks like a combination of Final Fantasy and Bayonetta. As such, Fire Emblem Warriors should be a feast for the eyes.

What's also interesting to note about this title is the mix of animation styles, particularly when navigating the menus and equipping your characters with new skills and weapons. The in-game animation is also quite intriguing, with the backgrounds having an almost watercolour-esque look to them. Nintendo has Xenoblade Chronicles 2 slated for a Xmas release this year on Switch.