Nvidia has been pushing for Virtual Reality more than most. Its GPUs have been touting this capability and VR readiness for a little less than a year now. The company's latest offering aims to push the conversation around VR and its gaming potential to notebooks, with Nvidia recently unveiling its trio of GeForce 10-Series GPUs: the GTX 1080, GTC 1070 and GTX 1060.

Like many of Nvidia's newer processors, this range is built around their Pascal architecture. To that end, all three offer support for Nvidia's VRWorks technology. In terms of speed, the rundown for the new 10-Series notebook GPUs is as follows.

The GTX 1080 clocks at a base level of 1.6 GHz and delivers a turbo boosted result of 1.74 GHz, as well as serving up 8 GB of GDDR5X RAM and up to 10 Gbps memory speed. Moving down the line, the GTX 1070 musters a 1.5 GHz base clock, 1.68 GHz boosted clock and 8 Gbps memory speed. Lastly, the GTX 1060 registers 1.5 GHz as its base clock, with a turbo boost of 1.7 GHz and 6 GB of GDDR5 memory. All three models also have M-branded variants, which are slightly less powerful across the board. 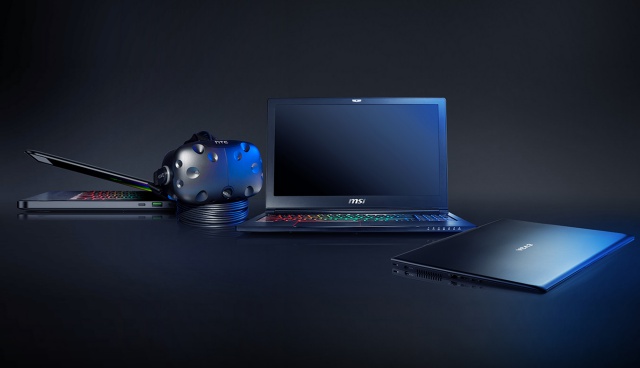 The move to VR-compatible notebooks is driven by market demands, according to the American hardware manufacturer. It recently cited a report by research firm DFC in which sales for the Xbox One and PS4 were anticipated to decline and increase by 4% respectively by the end of 2016. Contrastingly, notebook sales are anticipated to jump 28% by the year's end. As such, embedding notebooks with VR-supporting GPUs seems a logical choice.

As far as availability goes, Nvidia notes that all three GPUs, along with their tweaked variations, will feature in top of the line notebooks over the coming months, with partners including Acer, Aorus, ASUS, Gigabyte, HP, Lenovo, MSI and Razer.