It is a rarity these days to meet someone who has been able to amalgamate so many of their passions into one profession. Such a person is Jacques Marais, a man who makes his living by photographing and writing about adventure sports like mountain biking, trail running and rock climbing to name a few. An avid seeker of adrenaline himself, Marais can be found out and about at premiere action sports events across the country with camera lens in tow. This makes him a prime candidate to talk about the TomTom Bandit action camera, which he has been putting to work for the past couple of months. 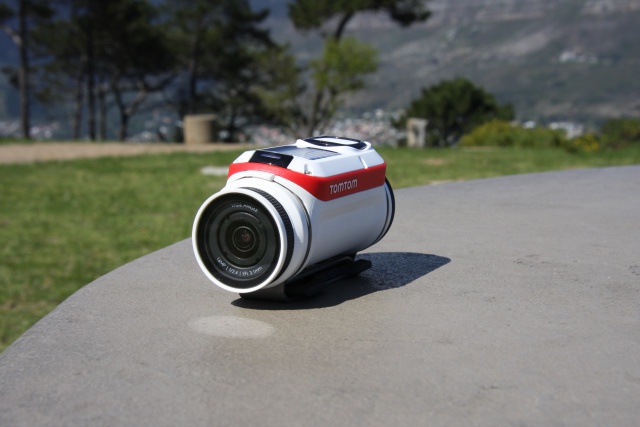 An expert in the professional photography landscape in South Africa, Marais has been quick to adopt new tricks in an effort of capturing even better images. He was, however, hesitant at first when trying out the Bandit, particularly because of his experience with lacklustre still images from action cameras he's used in the past. "When they [TomTom] contacted me about the Bandit ActionCam, I wasn't interested. I was an ambassador with another action camera company, but their stills quality were not good enough as far as I was concerned," says Marais. Reflecting on the 16 MP still images the Bandit yields, he notes, "with the TomTom it is a completely different ball game."

It is indeed a feather in the cap of TomTom then, that Marais was supremely impressed by the still images the Bandit produces, stating that it rivalled some of the DSLR shots he's taken in the past. "For me to give a package of words and images, I need a good digital imaging device,” adds Marais. As such, the Bandit has formed a solid part of his photographic arsenal. 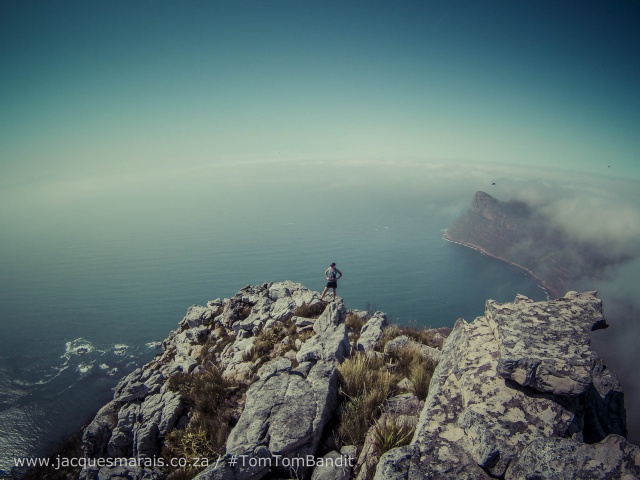 "With the Bandit ActionCam, you can take chances with it. You can take it into surf, you can take it into mud. That's what it can do for you," enthuses Marais. Perhaps a reason for that any-environment robustness is the Bandit's weight (190 g), which Marais noted as a bit heavy when strapped to his head. This was the only real issue that Marais cited with the Bandit as a whole. "When you look at the flipside of it, you don't need to put it in a waterproof housing. It is already waterproof up to 40 metres," Marais clarifies.

Along with gifting him with the types of images he could never get from other action cameras, Marais also praises the Bandit for its ease of use. "It's extremely easy to set up. You have the option to set it up from a remote control strap on your wrist, or a monopod, or on your cellphone," says Marais. "For me, there isn't any downside on the operating side. It syncs without any issues," Marais explains.

Who is the TomTom Bandit ideally designed for? Marais is of the opinion that the Bandit need not be pigeonholed, as it has value for the novice and professional alike. The fact that it takes a short amount of orientation time to get ready and shooting, means the Bandit is a great option for those just getting into the action camera act. "It's very intuitive and very easily operated," says Marais, adding, "Within 30 minutes, I had figured out at least 85% of what the Bandit is all about."

Experienced users can also get plenty from the Bandit as well, believes Marais. The 4K quality along with the calibre of image it can produce, will also mean that professionals should be chomping at the bit to get their hands on the Bandit. "Generally what I want to do is take a combination of stills and video footage, sync it to a soundtrack, add some titles and transitions, and create a video that is really going to grab your attention," notes Marais. 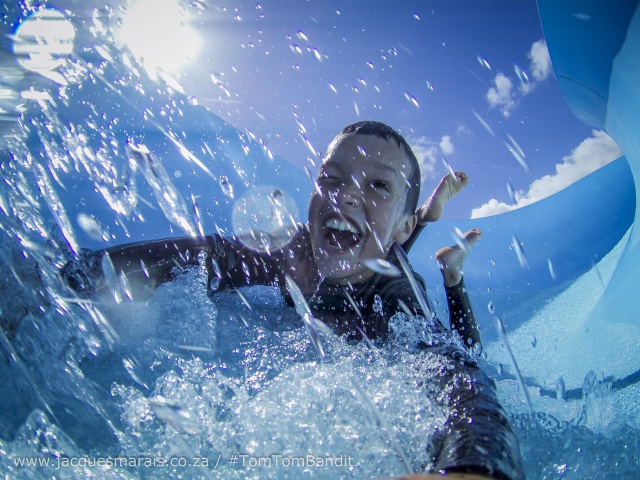 Added to this is the fact it costs R5 799, which is "a steal" in the eyes of Marais. Compared to other action camera offerings on the market, the Bandit delivers far more features, for a significantly lower price. "What you get with the TomTom at that price is absolutely unique. The added advantage is that you don't need a waterproof housing only a simple waterproof lenses cap and the attachments are relatively inexpensive," adds Marais.

"I have to get back to the stills quality, and the range of shooting. It is phenomenal. It is something that I am completely and utterly blown away by", concludes Marais. Coming from a man that builds a living on great photos and a stiff shot of adrenaline, that is certainly a seal of approval.