The pain in the latest Metal Gear Solid V may be a phantom, but Snake’s boots are now all too real. Puma, in partnership with Konami, has released the first-ever footwear created purely from a console game, with its new sneaking boot remaining true to the dimensions of its digital version.

The boot, much like the game from which it was conceived, has apparently benefited from meticulous attention to detail. To bring Snake’s shoes to life, Puma apparently worked with Konami Art Director, Yoji Arakawa.

These boots were made for walking

The boots boast leather, perforated rubber and padded mesh, which have been meticulously stitched to make it “combat-ready” and in a more real world context, resilient for tough weather conditions. Lacing hooks keep the laces fastened while a padded collar provides ankle support and additional comfort.

For increased protection and reinforcement in high-wear areas, the midsole, heel and toe cap are fitted with high-density rubber while the rubber outsole has traction-inducing perforations. The boots are also equipped with gaiters to strap for additional protection against the elements. The Diamond Dog logo is placed on the tongue, in keeping with the game’s theme. 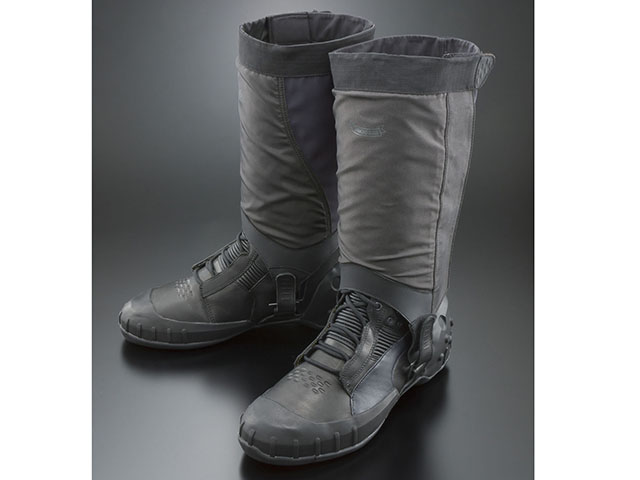 Is that what you’re going to do?

Now admittedly, the boots probably won’t turn you into the same kind of legend as Snake, nor would we encourage to go ahead and take on that rogue military force by yourself while wearing them. However, for the hardcore fans and those who love distinctive apparel alike, the boots are undeniably appealing.

While they won’t cost an eye or half your arm, they don’t come cheap, carrying a weighty R10 000 pricetag.

Nonetheless, if you are determined to walk your Metal Gear Solid talk, then you might want to take this intel to heart – they become available to purchase from the end of this week at Puma Select in Bree Street, Cape Town and Braamfontein, Johannesburg.