Last week, the Nexus gaming hub in Randburg was the venue for #AcerForGaming, an Acer South Africa initiative co-hosted by Sam Wright (@TechGirlZA), where girls and women interested in gaming got the chance to interact with it in all its guises. The event also served as an opportunity to create a safe environment to game in, as well as demystifying some of the common misconceptions about gaming in general.

To get a better understanding of the initiative, along with what Acer Africa aims to achieve with it, we chatted to product manager at Acer South Africa, Charmaine van Niekerk. 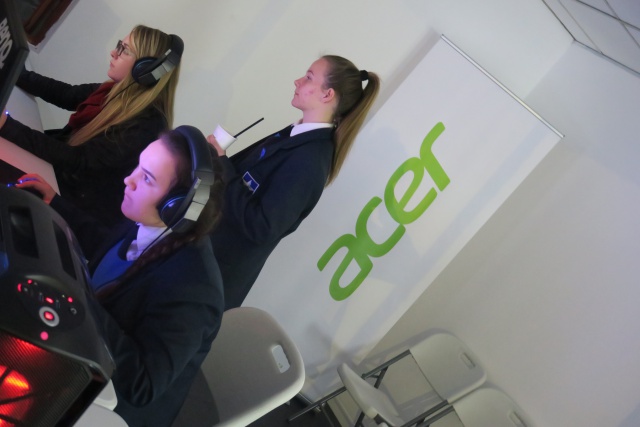 TechSmart: Can you unpack the #AcerForGaming initiative for us?

Charmaine van Niekerk: This initiative kicked off when we identified that there is a market of girl gamers that are keen to expand their involvement. In fact, when we sent out the invitation for #AcerForGaming, within two hours, all 450 spots were booked.

That shows that there is indeed a market there that needs attention, and that's what Acer and I wanted to provide. Above all, we wanted this to be a community driven initiative. So it's not about the product, it's not about Acer's branding. It’s about providing support for a segment of the market that's looking for some assistance.

The entire concept of tonight's event is getting girls gaming. It doesn't matter if it's on a PC, VR, or whatever it is. The most important part is to get girls involved in the community.

I think a lot of girls want to game, but the assumption is that it's a male dominated community. That's why we've got professional female gamers here, to show the rest of the girls that a lifestyle in gaming is possible, as well as helping them try out different types of titles.

TS: Following tonight's event, what kind of engagement are you hoping to have in future?

CvN: Based on tonight's support, which has been superb, the idea is to spread into other industries. One other plan, which is part of the reason why we have students from Parktown Girls in attendance, is to start eSports in an extra mural capacity. From there, setting up learning centres where girls can come and game freely, is also another possibility moving forward.

Doing these kind of things can help gaming and eSports to be taken more seriously. The idea then, is not only for girl gamers, but eSports in general to become a competitive market, as there's substantial room for expansion.

If we help grow the community, we can begin to improve the local gaming market. 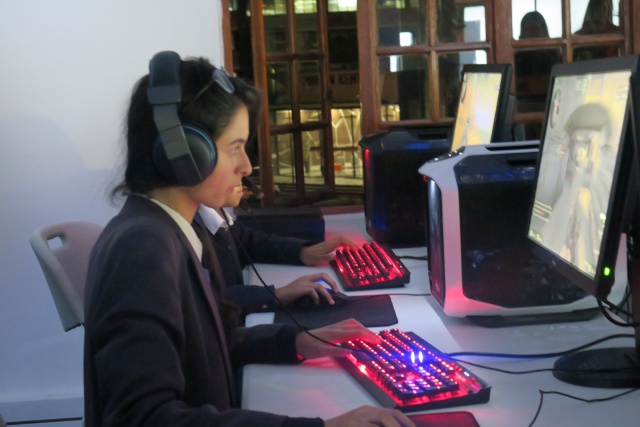 TS: You've mentioned Parktown Girls and TechGirlZA's involvement. How did that come about?

CvN: Well the school has a very strong gaming community. When we announced that we would be hosting a girl gaming night at their assembly, we nearly filled up all our tickets from their high school.

They showed that they're keen to get involved, which is a big part of the reason why we decided to partner with Sam Wright (TechGirlZA), as she's also passionate about growing this industry.

If they show the initiative, anything that Acer can do as a vendor to help, is where our time will be invested. I want to work with people that are as passionate about the local gaming industry as I am, because that's the only way we can achieve some change.

TS: How have parents responded, as they're often the ones paying for the hardware and games?

CvN: A lot of the girls have brought their mom or dad to tonight's event, and you see that's a keen interest from the older generation to learn what this community is all about.

There's a growing understanding that eSports can be taken seriously. People are earning good money out of eSports, and it should be treated just like any other sport. You would give your kid a set of golf clubs if they show an interest in that, and hopefully help them become the next Tiger Woods. Why not do the same when it comes to gaming?

Getting parents involved helps to eliminate the stigma that gaming is a destructive thing, and that a lot of good can in fact come from it. 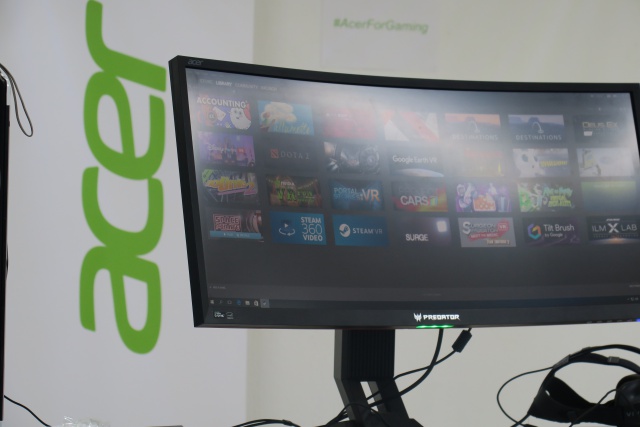 TS: How about the more practical benefits that can be learned by gaming?

CvN: There's plenty of proof to support the cognitive benefits of gaming. It offers a number of skills. A team environment for example, requires a great deal of communication, working with others and trying to reach a goal together, all of which are critical elements when it comes to gaming.

Even something like eSports, the preparation and hard work that goes into getting ready for a tournament, the hours put in, and discipline required, is easily comparable to any fully fledged sport out there.

Therefore, having forums like this, where kids and parents can come and experience the true nature of gaming and its community, is invaluable. I want to show people that you don't have to a geek, or a specific gender, gaming is for everyone.

TS: Hardware isn't a big focus of #AcerForGaming, but will people be able to see some of your newer devices?

CVN: Yes, we're giving away a Predator notebook at the event for example. Part of our plan in educating people is to show that you don't have to have a hardcore gaming notebook to enjoy games, as Acer has a number of normal notebooks that are good for the office but can also be used to play games from time to time.

If however, gaming is all you're interested, we also have the Predator range on display here (Nexus gaming hub in Randburg) too. In the future, we'll have a mixed reality headset coming out, so all the platforms that we need to cover will be in place.