Comic Con took place in San Diego, California this past weekend, and as in previous years, it was very much a Marvel vs. DC battle. The latter took to the infamous Hall H of Comic Con first, bringing with it the cast of Justice League, along with a new trailer filled to the brim with tidbits.

While Superman's red cape and the mention of Lanterns has people theorising about some surprise reveals for the film (slated for release on 10 November), a more tangible element was the introduction of Steppenwolf. For those unfamiliar with the character, he's one of Darkseid's heralds, and works as a harbinger in the same way the Silver Surfer does for Galactus. 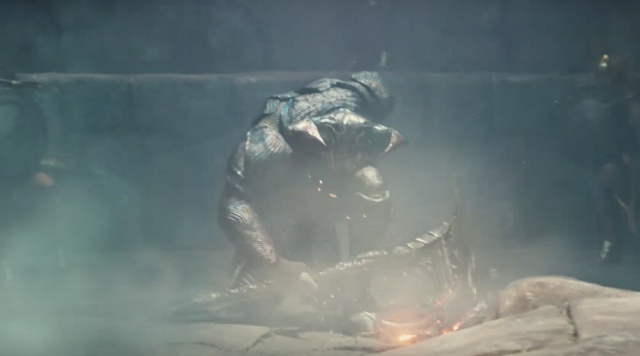 Steppenwolf (voiced by Ciarán Hinds, Game of Thrones) is not alone in this one, bring with him an army of Parademons as he attempts to find all the Mother Boxes hidden on Earth. This is why Aquaman (Jason Momoa) and the Amazons are roped into the action too.

With Joss Whedon (Avengers) overseeing reshoots, the overall mood is fairly positive for Justice League. We only hope though, that this is the last trailer we see before the film's release later this year. If it's somehow slipped by you, hit play on the video below.