Fibre has laid the foundation for a smarter SA, no...
0
comments

If you haven’t started reading Gofu, do yourself a favour and pick it up ASAP. You will be astounded by what Deon de Lange has achieved. In our ongoing series about local comic book artists, we asked him a few pertinent questions.

TechSmart (TS): Please provide a brief description of yourself and the work/titles you’ve been responsible for.

Deon de Lange (DL): I am a full time freelance comic artist and illustrator based in Durban, South Africa. Most of the work I do is for international clientele. In early 2013 I did a small comic for 133 Art called One Nation: Safe House.

I self-published Gofu in September 2013 as an experimental comic project. It sold well enough that I decided to turn it into a six part mini-series. Gofu Part 2 came out in May 2014 and I continue to work on the rest. In April 2014 I launched my first webcomic, Tomica, with writer, David Covas Lourenco. Tomica comes out weekly in a comic strip format and we are now publishing it as a quarterly print edition as well. Issue #1 launced at Open Book Comics Fest 2014. 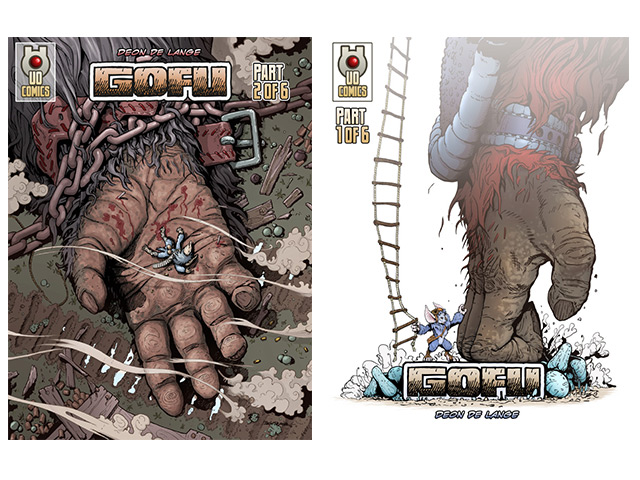 DL: Frank Cho (Liberty Meadows, Hulk). This guy is in my opinion just the best artist in the business right now, and he’s surprisingly underrated. I love his work because we share a lot of the same influences. The old comic greats like Al Williamson, Frank Frazetta, Berni Wrightson and Wally Wood can be seen in his work. Frank Cho is also an absolute master of anatomy. His is not a carbon copy of the comic art of others, but rather has a classical art influence that really inspires me to continue to look beyond comics for inspiration.

TS: Favourite character as a kid?

DL: I was obsessed with Asterix as a kid. I used to draw him over and over and I remember making an entire Gaul village with many characters out of plasticine. 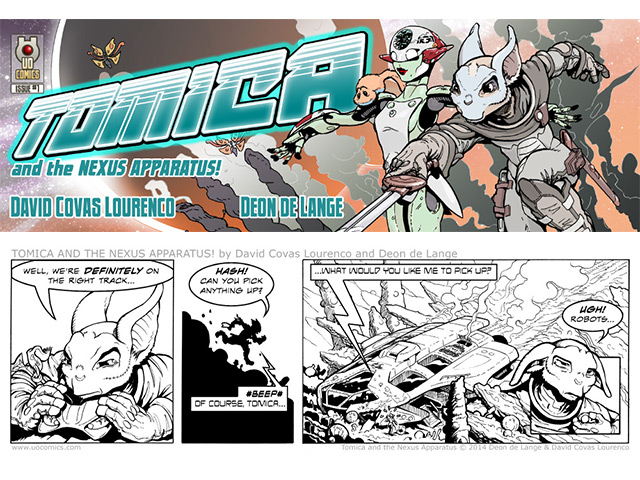 TS: If you could choose any series (current or past) to work on, which would it be?

DL: The Avengers. There are much better titles to choose to work on, I think, especially European books, but I think The Avengers is a very challenging comic to draw. Few artists have the ability to deal with team books very well, and I think it would be a wonderful challenge. Plus...it’s The Avengers.

DL: Unknown Origins is my baby. It is a big sci-fi comic project that I have been developing since school days. Gofu and Tomica are actually spin-offs from this story, even though I published them first, as a way to learn how to do comics. So the next step is to take the leap and do Unknown Origins as a full-blown colour sci-fi comic. 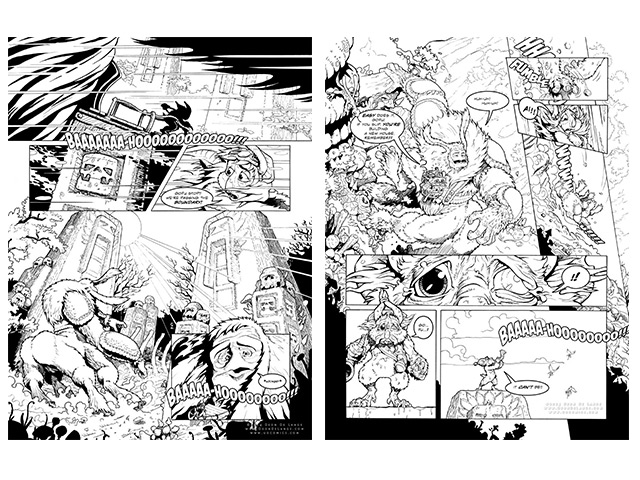 TS: Do you have an end-goal in sight, for example, eventually working for Marvel, DC, Dark Horse?

DL: I’d love to do some work for the big publishers, it would be a valuable learning experience. But I really see myself developing my own creator-owned projects. My main goal is to develop the world of Unknown Origins and tell my own stories in such a way that I can be an independent creator, making a living off my own creations.

TS: Any advice for young talent?

DL: Create your own stories and characters. There’s more to comics than superheroes. Value your own work. Don’t work for free, you will always regret it. Support fellow young talent.