Top 6 Most Anticipated Releases of 2015

If all else fails, there are always movies to cheer you up, and 2015 looks jam-packed with some awesome new releases. Movie fundi Spling picks the best of the lot.

Avengers Assemble! The Avengers sequel is one of our hottest releases of 2015 thanks to on-going hype and a buzz around South African locations in the wake of the blockbuster success of The Avengers. Joss Whedon’s got a lot to live up to after the dark horse success of Guardians of the Galaxy.

Luckily his all-star team under Robert Downey Jr. as Iron Man have the muscle and fire power to take the franchise to greater heights. The story centres around Ultron voiced by James Spader, an artificial intelligence with a god complex, intent on eradicating humans from the face of the earth.

Why it’s sizzling: If the trailer and cast are anything to go by, we’re in for a blast!

The seventh Star Wars instalment is set 30 years after Return of the Jedi and will see Harrison Ford, Carrie Fisher, Mark Hamill and Peter Mayhew reprising their roles. After Disney acquired Lucasfilm in 2012 and announced a third trilogy, there’s been growing speculation and excitement around casting and more recently the teaser trailer.

J.J. Abrams has been entrusted with co-writing and direction, and after his sterling work with the Star Trek reboot, he seems like the perfect man for the job. The cross-over may irk hardcore fans but if he succeeds in ‘rescuing’ the franchise he may even meet and surpass the great Steven Spielberg.

Why it’s sizzling: The up-and-coming cast, the returning cast, and the fact that the future of Star Wars hangs in the balance.

Set 22 years after the events of Jurassic Park, we’re introduced to a now fully-functioning theme park called Jurassic World. In order to boost dwindling visitor numbers, a new attraction is launched, which as you might guess backfires terribly. While no one was really expecting another sequel from the franchise, the 3D re-release and the $150 million budget have helped spark renewed interest.

The commercialisation of the dinosaur theme park and recent criticism aimed at companies like Seaworld give this sequel a contemporary edge. Jurassic World will be Colin Trevorrow’s (Safety Not Guaranteed) second feature film, but will all the new talent be able to pull it together?

Why it’s sizzling: Chris Pratt’s newfound stardom from The Lego Movie and Guardians of the Galaxy have made everyone sit up and take notice.

James Bond has been darker, more violent and dare we say cooler ever since Daniel Craig reinvigorated the series with Casino Royale. He’s rugged, the action is grittier and Bond has become less Austin Powers and more 007. Is it all in the hopes of winning an Oscar? Judging from American Beauty’s Sam Mendes and some award clout from Dame Judi Dench in Skyfall, maybe. For a little more about Spectre's history in the Bond films, hit the trailer below.

While you may miss the penguin suits, cheesy lines and silly gadgets, the new direction for 007 is dead serious espionage. Cryptic messages, sinister organisations and a cast including the outstanding Christoph Waltz, Ralph Fiennes and Monica Bellucci have got us all wondering, will 2015 be Bond’s year?

Why it’s sizzling: The recent Sony hack reveals Spectre is over-budget, which hopefully means an even bigger and better Bond. 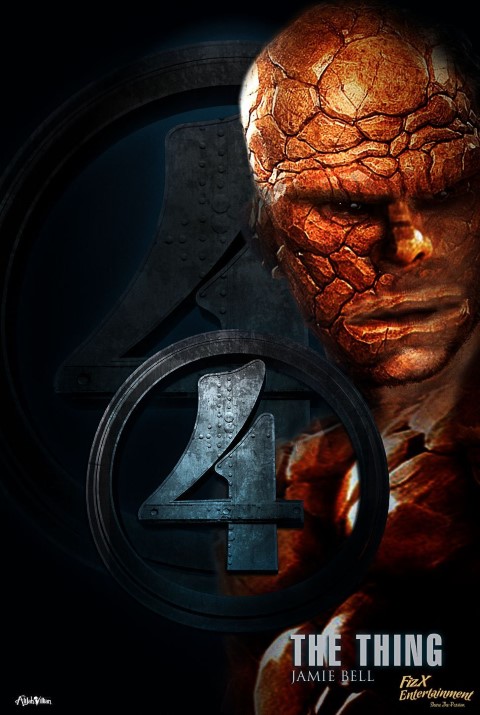 These days, you could probably close your eyes and point anywhere at your movie collection to identify a reboot or remake in the pipeline. Marvel’s The Fantastic Four is the latest superhero franchise to get the heave-ho with Chronicle’s Josh Trank doing the heavy lifting.

This 2015 release is exciting because it features amazing next generation talent in Miles Teller as Captain Fantastic, Michael B. Jordan as The Human Torch and Kate Mara as The Invisible Woman. Throw in Jamie Bell as The Thing (seriously?!), add Toby Kebbell for experience, and you’ve got yourself a superhero reboot with serious dark horse potential.

Why it’s sizzling: Josh Trank is going for a more grounded, emotional and character-driven film and it’s backed by X-Men writer-producer, Simon Kinberg.

Flashy cars, muscular heroes, sexy women and adrenalin-pumping action are the order of the day for The Fast and the Furious. The series is ramping up for the seventh instalment, an impressive feat whichever way you look at it. They restored our faith with their “Brazilian Job”, made us cringe a bit with a never-ending air strip and are now ready to shift into 7th gear.

In a surprise move, renowned horror film-maker James Wan (SAW, The Conjuring) is in the driving seat for the latest sequel, which sees the return of Dwayne Johnson. The already impressive line-up will also include Jason Statham, Djimon Hounsou and 80s action hero Kurt Russell.

Why it’s sizzling: After Paul Walker’s untimely passing and the exciting Tokyo Drift post-credits sequence to Fast and Furious 6, everyone’s wondering what they’ve cooked up.