When creating a gaming franchise, the natural evolution is normally to move forward. Far Cry developers Ubisoft, however, have gone back a bit. Okay, they've gone back a lot, to a land before time and any distinguishable language as far as we can make out, for Far Cry Primal.

The trailer for the game debuted a few weeks ago, as you tried to take down a charging Wooly Mammoth with nothing more than a stone edged spear. Like most Far Cry titles, this one seems rife with first-person action, and now a nine minutes of gameplay footage has been unveiled by the developers. 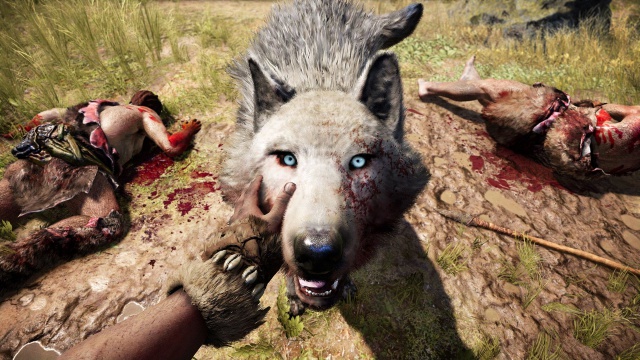 While fashioning tools and weapons from wood and stone can lose its appeal after awhile, Far Cry Primal has one interesting element - the ability to tame prehistoric predators. In the game it seems like you are substantially outmatched by the predators, with dire wolves and leopards in the mix. Trying to tame these savage beasts is the protagonist in all this, Takkar, who is not only an experienced hunter and ranked as a "beastmaster", but also the sole survivor of his tribe.

Gameplay in Far Cry Primal is not simply about outlasting in this unforgiving environment, but also revenge. To that end, Takkar can use his newly tamed predators to attack rival tribes and also hunt big game. It seems then, that Far Cry Primal has far more to offer than just loin cloths and bows and arrows. Hit play on the video after the break to tame a few beasts of your own.