What to look for when choosing a rugged phone
0
comments

Alongside announcements by Nikon and Olympus of additions to their offerings, Canon this week unveiled a number of new cameras in its IXUS and PowerShot range. The first of these is the flagship IXUS 1100 HS, which is a touchscreen compact camera that the company is calling the “slimmest 12x optical zoom compact camera in its class”, due to the ability of the 28mm wide-angle optical zoom lens to retract fully into its compact, stainless steel body.

The 12.1 megapixel camera further boasts a 3.2” touchscreen, full HD video (1080p) and a 4-stop optical Image Stabilizer. Additionally, the company elaborated that the new Intelligent IS system identifies photographic situations and selects the most appropriate image stabilization from seven possible modes. For example, the camera will automatically switch to Macro IS with Hybrid IS technology when capturing a close up shot of a flower, or to Powered IS to improve movie stability when filming far subjects with the long zoom.

The IXUS 1100 HS additionally offers a number of high-speed image capturing functions. Handheld Night Scene combines the image data from a sequence of high-speed shots into a single image for the best possible exposure with the least amount of blur, whilst Best Image Selection records the best shot from a high-speed sequence of five images. Users can employ High-speed Burst mode to record three megapixel images at 7.8 photos a second, or shoot continuously at full resolution up to 3.3 photos per second. The camera is expected to be available in South Africa in October for a RRP of R3700. 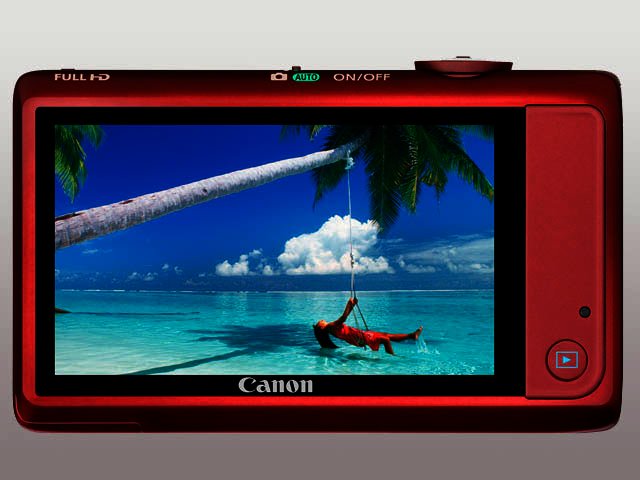 The company has also launched its new IXUS 230 HS, which is a super-slim 8x optical zoom camera that is available in six colours. The company explained that the new compact camera, which is 22.1 mm thick, is ideal for parties, special occasions and holidays as it has been designed to comfortably fit in a pocket.

However, that’s not to say that the company has scrimped on features. The IXUS offers a 28 mm wide-angle and extends to a maximum telephoto focal length of 224 mm, as well as  Canon’s HS system, which is intended to provide excellent imaging quality particularly in low light. Abri Kriegler, product manager at Canon South Africa, added that the IXUS 230 HS is also among the first camera to include Canon’s new Intelligent IS system, which is aimed at making it easy to capture richly-detailed and shake-free stills, or steady Full HD (1080p) movies.

Like the flagship IXUS 1100 HS, the camera similarly provides seven types of image stabilisation, using Intelligent IS to  automatically identify the photographic conditions and adapt the optical Image Stabilizer to prevent camera shake most effectively. The new model also captures full HD video at 24 frames per second (fps) with stereo sound, while a dedicated Movie Record Button makes it easy to start recording instantly. The 8x optical zoom can be used during video capture, and Intelligent IS includes Dynamic IS mode to counteract camera shake when recording whilst moving. An HDMI-CEC port enables users to play images back on HDMI-compatible HD TVs and control playback using the TV remote.

As befitting the point-and-shoot user that it is aimed at, the IXUS 230 HS also features Canon’s Smart Auto mode, which intelligently detects a scene and automatically applies optimal settings. Smart Auto includes Face Detection Technology and Advanced Subject Detection Technology, which locks onto human faces, pets, or other objects, such as cars, within a scene. The IXUS 230 HS will be available in South Africa from October at a RRP of R2500. 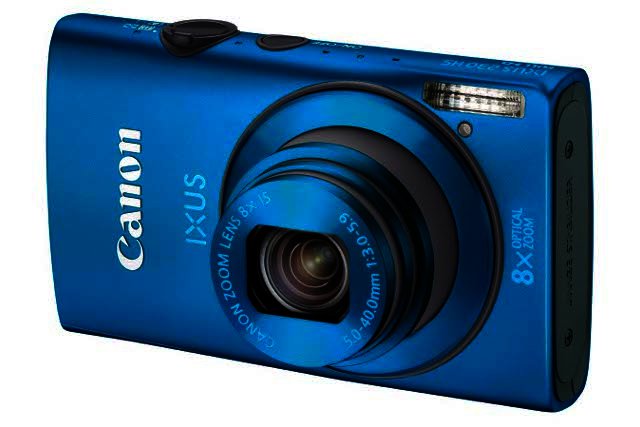 PowerShot SX150 IS
The third camera launched by Canon this week is its family friendly Powershot SX150 IS. The 14.1 megapixel camera boasts a 12x optical zoom and a 4-stop optical Image Stabilizer (IS), along with Canon’s new Intelligent IS technology to counteract the image blur that results from camera shake. The camera zoom range extends from 28 mm on the wide angle end to 336 mm.
The new PowerShot also features the company’s Smart Auto functionality, with Face Detection Technology and the latest Advanced Subject Detection technology, to identify the photographic scene from 32 variables and automatically adjust the camera’s settings accordingly. An Easy Mode caters to point and shoot operation, while Servo AF/AE technology keeps people, pets and other objects, such as cars, in focus and well-exposed until the shutter release is fully pressed and the image is captured. The PowerShot has a 3” LCD screen for playback of still photos and video clips. In addition to high-resolution still images, the PowerShot SX150 IS allows 720p high definition video, while a dedicated Movie Record Button enables users to quickly switch from still images to HD movies. Videos can also be captured in Apple’s iFrame format, which requires no transcoding before being imported into Apple video editing software.
As befitting the family friendly focus of the camera, the camera’s shutter can also be activated with a wink or smile, while FaceSelf-Timer triggers the shutter release when a new face enters the frame – avoiding the traditional sprint from behind the camera, and allowing the photographer to be part of the photo.
The PowerShot  SX150 IS additionally offers a number of creative filters that can be applied to both still images and movies. These include Fish-eye Effect, Super Vivid, Poster Effect, and a Toy Camera Effect, which gives the impression of photos taken using a pin-hole camera, while Monochrome Effect enables black and white, sepia or blue monochrome images to be taken. The PowerShot SX150 IS will be available in South Africa from October at a RRP  of R2300. 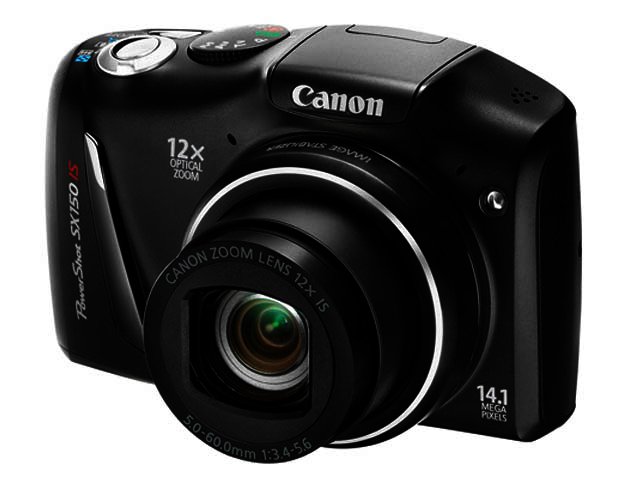 The new PowerShot SX150 IS

The new LG XBOOM Go PL series launched in SA – and you can WIN one!
Read