As Intelsat New Dawn is being prepared for launch, new business on the satellite continues to expand. Intelsat announced that SkyeVine Pty (Ltd.), a joint venture company between Ellies Holdings Limited and Q-KON, plans to use capacity on Intelsat New Dawn to provide affordable broadband internet services to small businesses, domestic and public service entities.

With Q-KON’s engineering and operations capability, and Ellies’ extensive retail and distribution network, SkyeVine intends to provide Internet Service Providers (ISPs) with a complementing product line that can reach all potential users with little or no establishment cost to the ISP.

Separately, Intelsat announced that it also signed a contract to provide services to the U.S. Department of Defense for 36 MHz transponder services for one-year, with options for an additional four, one-year contracts.

The Intelsat New Dawn satellite is owned by a joint venture between Intelsat and a consortium led by Convergence Partners. The satellite’s 28 C-band and 24 Ku-band 36 MHz transponder units are designed specifically to supply critical communications infrastructure for African customers who have experienced exceptional growth along with the development of the region.

The satellite will be stationed at 32.8º East longitude, and will be integrated with Intelsat’s global satellite fleet.

The historic launch can be viewed beginning on March 30 at 5:30 p.m. (23.30 SA Time) via live stream on www.intelsatnewdawn.com. 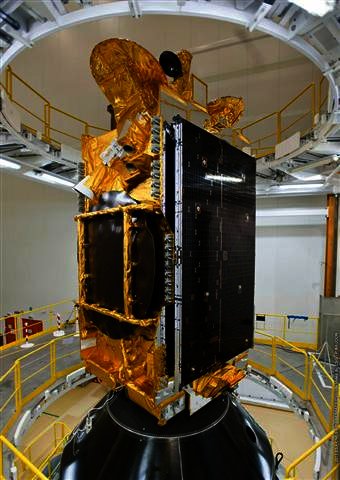 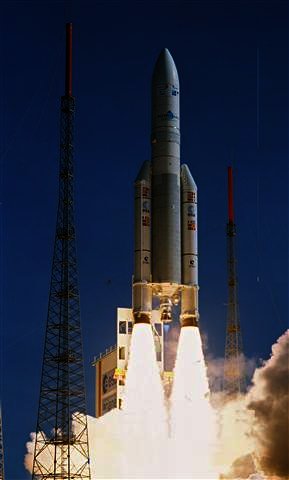 An Ariane 5 rocket from which the
satellite will be launched
TAGS:
IntelsatElliesQ-KONNew Dawn
USER COMMENTS