Nokia announced on its official conversations blog that the roll out of the software update (v1.1) for the MeeGo powered smartphone, the Nokia N9, has commenced. This update entails new features as well as user improvements, such as additional camera filters and NFC tag reading functionality.

The N9’s standby screen will now reveal more info including charging status and calendar notifications. Music controls have been added to the device’s lock screen, enabling users to control the music playback, without having to unlock the smartphone and go to the music player first.

Those users who love taking photos with their N9 will appreciate the new camera filters that have been added such as black & white, vivid, as well as negative and solarize. The Twitter application now also sports support for image sharing.

NFC (near field communications) tag reading is now supported on the N9 and a Swype keyboard has been added, enabling users to type up emails and SMSs quicker. 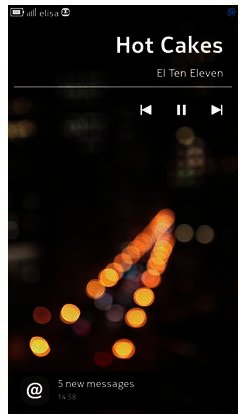 Other updates also include:

Nokia stated that some users will have already received this update, whilst others will be receiving it over the coming days or weeks. No local release info is available yet.

In related news Nokia will reportedly also be releasing a Windows 8-based tablet by June next year and expand upon its current range of Windows Phone Mango-operating Lumia smartphones with a new high-end addition.