Toshiba has launched two new products at an exclusive event held in Hartebeespoort yesterday. Its 10.1” Android running tablet, the AT100, makes an appearance along with the new Qosmio F750 3D notebook that boasts glasses-free 3D.

The AT100 features a Nvidia Tegra 2 dual-core processor (1.0H GHz), 1 GB DDR2 memory, a WXGA (1280x800) display and Android Honeycomb 3.1. The Tablet comes in 8, 16 and 32 GB capacities and most notably, boasts an array of ports. These comprise of a full-size HDMI port, a full-size USB 2.0 port, a mini USB 2.0 port, and an SD card slot. The tablet also includes a two megapixel front webcam with integrated microphone, and five megapixel back camera with auto focus and digital zoom. 720p video playback is also catered for, as is  802.11n WLAN.

Domenico Gargarella, the regional general manager for Toshiba South Africa, acknowledged that the tablet was thick (at 15.8 mm nearly twice as thick as the iPad’s 8.6 mm), but explained that this was because the company wanted it to accommodate a removable battery to offer unrestricted battery life and cater for users who needed a tablet they could work on continuously. Additionally, the tablet is on the heavy side as well, with a weight of 765Kg (as compared to the Samsung Galaxy Tab 10.1’s weight of 595 g) but was still lighter than the Asus Slider’s weight of 960 g.

The AT100 further features Toshiba’s Adaptive Display technology, which constantly adjusts parameters such as brightness and contrast according to the ambient lighting conditions, to enable the tablet to offers the “best possible image display automatically”. The tablet has an RRP of R5499. 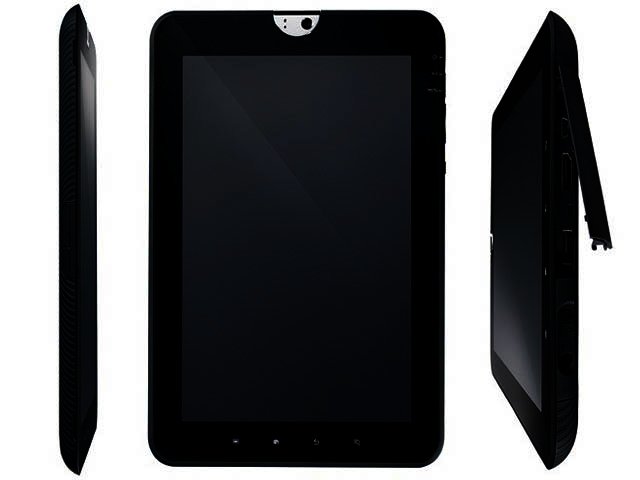 Toshiba joins the tablet frenzy with the launch of its AT100.

The second product launched, the Qosmio F750 3D notebook, differentiates itself from other notebooks offering 3D displays by allowing users to view 3D in one window and a traditional 2D view in a secondary window.

The company elaborated that it is “the world’s first commercially available glasses-free 3D laptop that can display 2D and 3D content simultaneously on one screen, which would enable users  to watch 3D content in one window and simultaneously browse the web for additional information in another window.” This would open up “fascinating opportunities for professionals such as architects, scientists, product designers and doctors,” the company added.

The notebook’s specifications and feature set are impressive. The Qosmio F750 3D runs an Intel  Core i7 quad-core processor, accommodates up to 8 GB DDR3 (1333 MHz) memory, as well as a 2.5“ hard drive up to 750 GB and solid state hybrid 4G drive up to 500 GB capacity. Additionally, it sports a 15.6' display with a resolution of 1920 x 1080 pixels, while graphics are handled by an onboard Nvidia GeForce GT 540M graphics card with 2 GB dedicated video memory. A Blu-ray drive, Harman Kardon stereo speakers, TV tuner and high definition web camera also make an appearance. Ports include three USB 2.0 and one  USB 3.0 with USB Sleep-and-Charge, while wireless (802.11 n) is also onboard. The notebook has a starting weight below 3 kg. 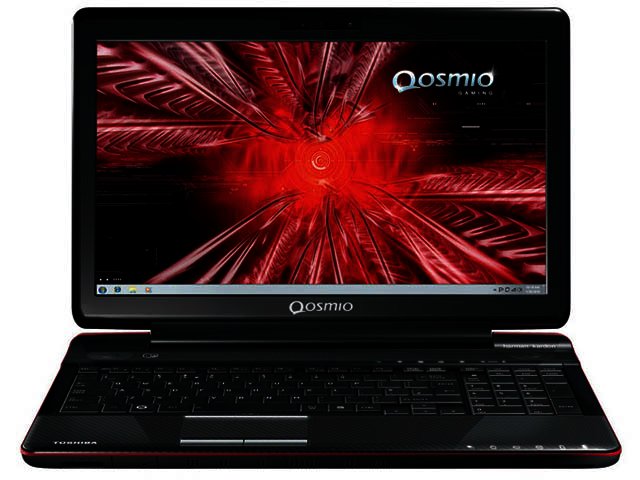 The Qosmio F750 3D boasts impressive specs and is

However, it is undoubtedly the dual 2D and 3D view that is the star of the notebook’s show. The company explained that, to allow the viewer to vary his or her position in front of the notebook’s display, the Qosmio F750 3D features an HD web camera with face tracking technology, which continually detects the position of the viewer’s face. This provides a large 3D viewing zone without blind spots. The Qosmio F750 3D can further be connected to any 3D TV via an HDMI cable as well. The Qosmio F750 has an RRP of R15 000.

“The new AT100 will offer consumers sophisticated audio and video features. Its advanced hardware specifications will position the device in the high-end tablet segment,” explained Gargarella. He added that the Qosmio F750 3D showpiece model offered “the cutting-edge technology that multimedia enthusiasts and early adopters are looking for.”