Remember Me takes place in a futuristic neo-Paris in 2084, in which human memories have become commodities, to be acquired and sold. You step into the shoes and mind of Nilin, one of the most gifted memory hunters, who can not only scavenge memories but also remix them.

However Nilin is also a card carrying member of the Errorist movement, which is dedicated to ensuring no company gains a monopoly on human memories.

Suffice to say, you start off the game in a sticky situation, about to have all your memories wiped in what looks like an excruciating procedure, almost as painful being forced to watch all the Twilight movies. Memorize – your former employer and the cause of your predicament - apparently didn’t get Google’s Don’t Be Evil advice.

After escaping Memorex, Nilin finds other foes to deal with, a good thing since Remember Me’s combat system is pretty decent. As Nilin unlocks memories of fighting moves, called Pressens, she can string together a series of combos to various effect, such as regaining portions of her own health. Furthermore, the more you fight, the more Procedural Mastering Points you earn, which in turn can unlock further, forgotten Pressens with which to create more elaborate combos. 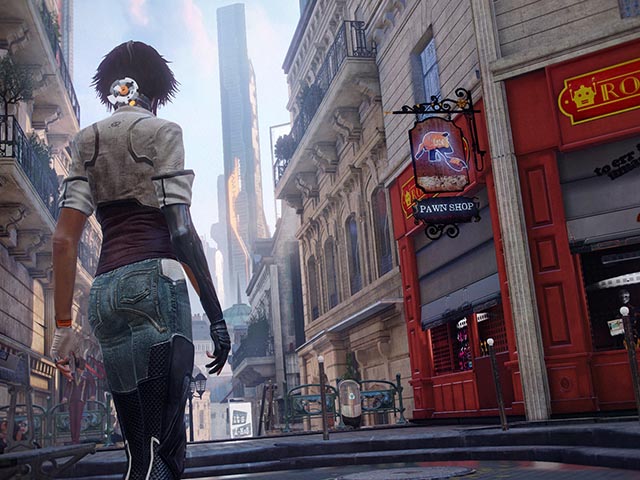 Chances are, if you've ever been to Paris, then its alternate version may be something you would remember considerably less fondly.

Additionally, Remember Me has high production values, particularly the music, which is excellent, while the environs of Neo Paris are certainly alluring and well rendered. Add to this Nilin’s quest to regain her memory, and the unfoldment of the game’s solid story, and there is plenty reason to start, and keep, playing. Unfortunately though, the game doesn’t give as much free reign to explore as we would have liked, instead leading the player on a more linear path.

Despite this, Remember Me is a welcome and intriguing new IP brimming with potential, a game well worth experiencing and one that merits reminding yourself to pick it up. It has a RRP of R600.