The Silent Hill franchise has always catered to the dark tastes of survival horror fans, and with Downpour, Konami ups the psychological terror by taking away the most essential tools at the disposal of gamers - guns and ammo.

Players familiar with the Prison Break TV series will know how gripping a tale about an escaped convict can be. Downpour puts gamers in the prison-issued boots of convicted felon Murphy Pendleton, who is being transferred from Ryall State Prison to nearby Wayside Maximum Security Penitentiary.

Of course things don’t go as planned as a freak bus accident cuts the journey short, leaving Murphy stranded within the eerie town known as Silent Hill. Following the accident, you awake in a picturesque forest next to the wrecked bus, thanking the gods for delivering this unexpected shot at freedom. But of course it would have been better in jail... 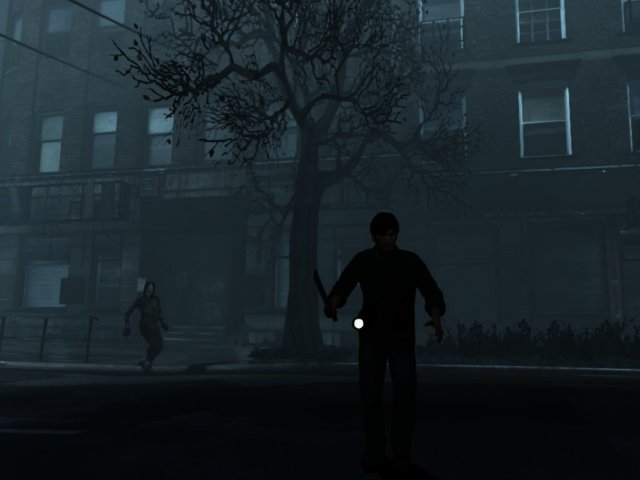 Admittedly, that's a weird way to dress, but this parent's reaction is somewhat over the top.

From the crash site, Murphy makes his way to the town of Silent Hill, where his dream escape attempt quickly devolves into a hellish nightmare. Besides the chirpy sunny sky being replaced by dreary rain and mist that hide the demonic creation stalking you in the distance, you also have to contend with the change between ‘Normal’ world and ‘Otherworld’.

Otherworld changes involve metal rust blanketing the landscape, strange decor the likes of Lady Gaga-inspired meat walls, dead bodies and a rather unpleasant fellow in a gasmask, who is about as welcome a sight as the rubber suit wearing ghost in American Horror Story.

Developers Vatra Games used the Unreal 3 gaming engine technology to breathe life into the scenery, creatures and characters inhabiting Silent Hill, resulting in some really decent graphics, on par with similar offerings such as Alan Wake and Heavy Rain. Silent Hill games also need to sound as spooky as they look and Konami knocked on Dexter composer Dan Licht’s door for this, so you know you’re in for a treat. 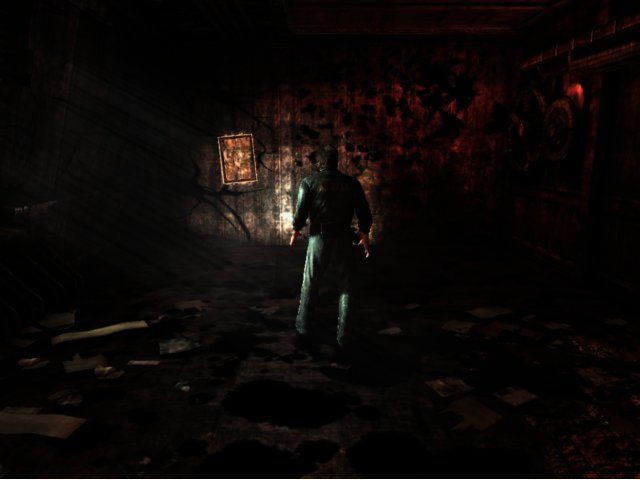 That was some party last night, but cleaning up is gonna suck.

To dispatch your foes, gamers need to employ degradable weapons scattered about the scenery, such as a rock, wrench or golfclub, instead of conventional guns, making combat even more tense since you cannot rely on a trusty shotgun to blast them into the next life.

Besides having to continuously remain vigilant for any new type of weapon that may be lying somewhere in the room or area you find yourself in, the rain also adds another dimension to the gameplay.

Together with the fog it hampers your visibility and seems to invigorate the baddies coming at you, similar to how the darkness strengthens enemies within Alan Wake. This more often than not translates to you running away (if at all possible) instead of confronting your demons head on.

Additionally, you also have to solve an array of puzzles, ranging from simple ones like finding object A and using it with object B in order to progress to the next area, through to a few mindbenders.

Players are also called upon to make a number of moral decisions that impacts on the storyline of the game. An early example includes opting between killing someone who killed a loved one or showing mercy by allowing him to live, keeping in mind that dead people almost never stay dead within Silent Hill. More common examples of this though, is deciding to help characters that are being attacked or following the less honourable, but way easier, route of merely looking after yourself.

It is worth noting however that despite the tense combat resulting from the lack of guns and rain that foes find so refreshing, this game isn’t as scary as previous iterations. There are of course a few notable exceptions including the point where you are immersed in total darkness with just a torch to light the way forward.

On the whole though, Downpour won’t make you duck behind the couch. Maybe this is due to it being the eighth title in the series so you sort of know what to expect, or the fact that there are a lot of horror TV series these days the likes of American Horror Story and The Walking Dead, which may have played their part in numbing players to the scare tactics used within these type of titles. 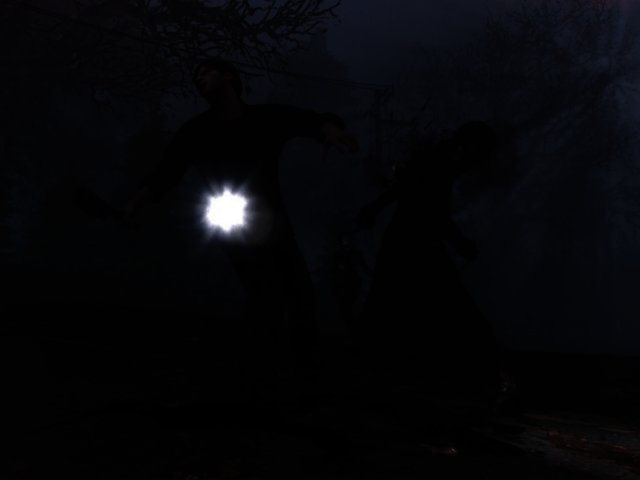 And then, fights over the last slice of pizza turned serious.

Besides a dose of extra tension via the lack of conventional weaponry, Silent Hill Downpour doesn’t really bring anything new to the franchise. Survival horror fans will love playing through it due to the compelling storyline, decent graphics and suitably chilling soundtrack. But it simply isn’t as scary as previous iterations and you may find greater value in renting it over a weekend than forking out R500 for a retail copy.

Doesn’t offer the best replay value; not as jump in your seat scary as previous titles in the series.