BlackBerry is entering it's latest chapter. Much like Nokia, the mobile brand is now been handled by another company, with TCL acquiring the license to create devices under the BlackBerry Mobile banner. The first of these offerings is the KEYone, which will set the benchmark by which future BlackBerry Mobile devices will be measured.

To that end, it appears that the company, albeit under new control, is still pushing forward with the rollout of touch and type devices. BlackBerry has been releasing the same sort of devices for the past couple years now to mixed results. The Passport for example, served up a an interesting form factor and innovative QWERTY keyboard, while the Android-powered PRIV slider was overpriced given its specs. 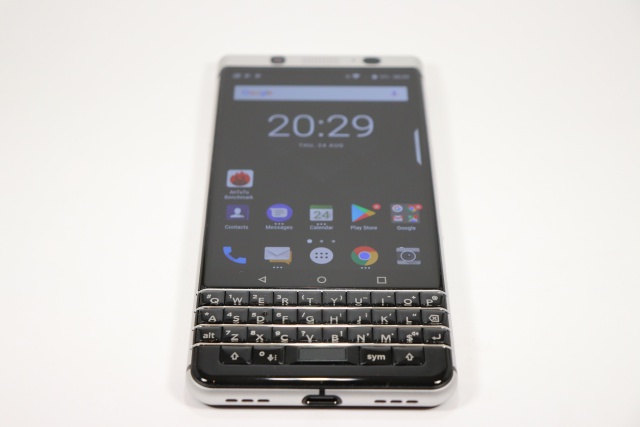 Where does the KEYone sit in the spectrum then? Well, it's quite difficult to pinpoint, especially as there's a lot going on with the KEYone's design. It's one of those looks you either love or hate, with a lack of common style thread throughout. The faux-leather back cover for example does not seem to fit in with the rest of the device. The same goes for the keyboard, which feels like it was designed for the BlackBerry Bold instead of a flagship smartphone. Added to this is the 12 MP camera on the rear, which juts out and isn't the sleek finish one expects of a premium phone.

With BlackBerry Mobile aiming to make a big impression on South African consumers with the KEYone, design is one element we hoped the company would have nailed. Sadly, it doesn't seem to be the case. 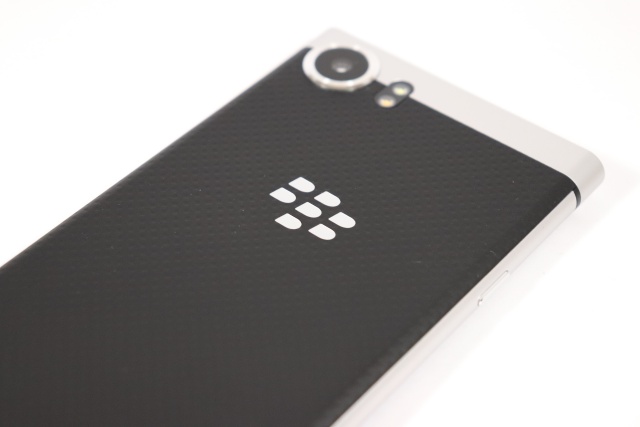 All hope is not lost though, with BlackBerry Mobile ensuring the KEYone is not found wanting in terms of specifications. The 4.5" LCD display delivers a 1620x1080 resolution and 433 ppi pixel density, which helps to keep all on-screen content crisp and clear, particularly if users will be reading documents on this business-focused piece of tech.

Underneath all this is an octa-core Qualcomm Snapdragon 625 chipset that clocks at a relatively modest 2.0 GHz. While we wanted something closer to the Snapdragon 800 family powering the KEYone, the CPU on offer gets the job done, but may prove a little underpowered six to 12 months down the line. Helping to keep things churning over is 3 GB RAM and 32 GB worth of memory, with a microSD slot capable of housing up to a mammoth 2 TB extra if needed.

This setup placed the KEYone within the ranks of upper mid-range when we benchmarked it. On AnTuTu (v6.2.7) it registered a score of 62 818, with it bested by the likes of the Xperia X Compact's 75 786 and Huawei Nova's 64 219. While it did not blow the competition out of the water as far benchmarking went, the KEYone never felt ill-equipped while multitasking or doing any processor-intensive work.

Supporting this solid showing is a substantial 3505 mAh battery, which affords users a full day's battery life and then some. It also carries the advantage of quick charge 3.0 technology that provides 50% capacity within 36 minutes of charging, which is great when you're in a bind.

Along with ticking the boxes in terms of battery power, the KEYone does the same on the camera front. Despite the bulge we're not enamoured with, the KEYone's 12 MP camera yields some really solid pics. Its low-light performance in particular was surprisingly good. No, it's not going to match the Galaxy S8 or Huawei P10 Plus, but the camera on offer is a nice all-round shooter. 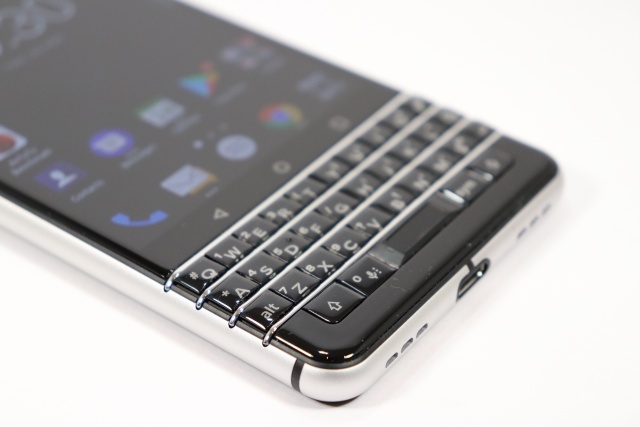 Now it's time to touch on one of the most peculiar aspects of the KEYone - the operating system. The OS is Android (7.1 Nougat) in nature, but does not feel like it at all. Instead, this particular skin has a distinct BB10 look to it, with Android-specific apps (with the exception of Google ones) tucked away in lieu of BlackBerry's preferred options. Of the number available, only the security-focused DTEK seems worthwhile, as it keeps an eye on the integrity of the device without being restrictive or obtrusive.

It's unclear why BlackBerry Mobile went this route with the operating system, especially as recent devices like the PRIV served up a refreshing pure Android experience. Consequently, the KEYone has an aire of BlackBerry back in the days when BB10 went up against iOS and Android, and ultimately felt a step behind.

Exacerbating matters is the QWERTY keyboard, which although capacitive like many of BlackBerry's recent touch and type phones, does not deliver as polished an experience. The keys feel too close together, and typing speed does not match the virtual touch equivalent. If BlackBerry is going to make a convincing case for touch and type designs, this keyboard is not the answer. 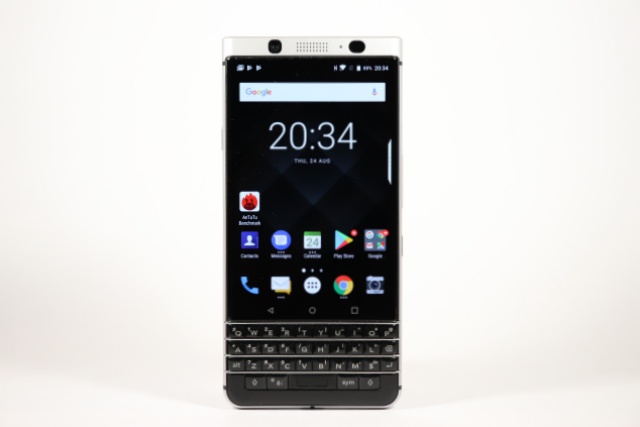 The BlackBerry KEYone is a device that needs to usher in the next chapter of BlackBerry's evolution and a continued desire to make touch and type devices worthwhile. Unfortunately, the KEYone's design and overall experience remain too mixed to be considered a complete offering. As such, in the recent entries of BlackBerry phones, the KEYone is perhaps one of the most underwhelming.

The one thing counting in its favour though is price, which at R9 649 makes it one of the less expensive flagships out there. The issue, however, is that it's not covetable enough to warrant a purchase at this stage.