Good news for photographers and content creators who like high performance compact cameras would be that that Canon has announced a new PowerShot G model. Even better news is that it has announced two of them.

And indeed, those who know the appeal of a large sensor camera in a portable, travel-friendly form factor, are in for a tough decision, between the newly announced PowerShot G5 X Mark II and the PowerShot G7 X Mark III.

The former, aimed at those looking for a travel companion, boasts a new 5x f/1.8-2.8 lens and pop-up EVF, while the latter offers a 4.2x f/1.8 – 2.8 zoom lens and 3.5mm microphone input. The G7, according to Canon, is particularly suited to content creators and aspiring vloggers who need a camera where sound, as well as image, quality is paramount.

The two models do have some similarities – they are both light, with the PowerShot G5 X Mark II and the PowerShot G7 X Mark III weighing only 340 and 304 grams respectively. As well, both cameras employ Canon’s DIGIC 8 image processor and a 20.1 megapixel 1.0-type stacked sensor. 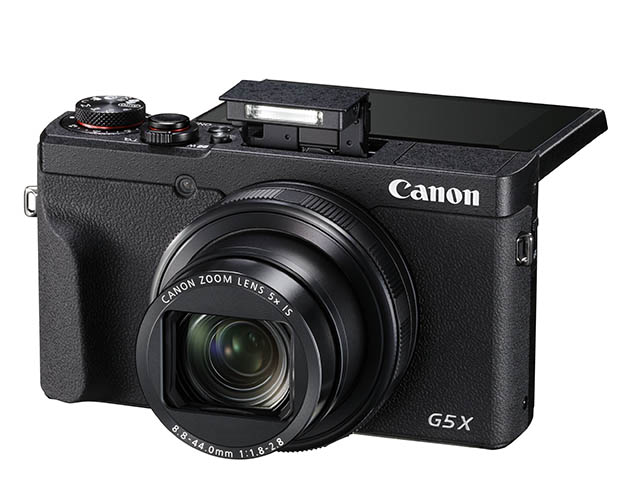 Playing to their strengths

Here is where deciding between the two may become a challenge. The PowerShot G5 X Mark II is equipped with a 5x zoom to create crisp imagery for advanced photographers looking for a secondary camera. A superfast f/1.8-2.8 aperture, Canon notes that this model is perfect for low-light shooting scenarios such as capturing cities after dark – helping photographers to shoot further, faster and brighter than ever before.

Comparatively, the PowerShot G7 X Mark III has a 4.2x f/1.8-2.8 zoom lens to help vloggers, who film in varying locations and conditions, shoot high-resolution videos, whatever the lighting. The company pointed out that shallow depth of field, produced by the large aperture in the latest additions to Canon’s PowerShot G series, allows photographers to capture subjects with stunningly sharp detail and create a beautiful bokeh effect for professional-looking images.

As this is Canon, there has been plenty of attention to detail paid to the user experience – a control ring provides users with direct access to crucial settings for a more hands-on approach and simpler operation. The PowerShot G5 X Mark II sports a corner mounted pop-up OLED Electronic View Finder (EVF) with 100 per cent coverage and 2.36m dots while the tilting touchscreen provides excellent visibility of shots from a wide variety of angles. For vloggers, the touchscreen feature on the PowerShot G7 X Mark III ensures Instagramers and YouTubers can capture videos and photos of themselves in perfect focus – positioned correctly in the frame.

Both cameras also have an Autofocus+Manual focus (AF+MF) feature, which allow for the focus to be manually adjusted, even after the autofocus has been achieved, to precisely capture subjects. A built-in ND filter is olso onboard. 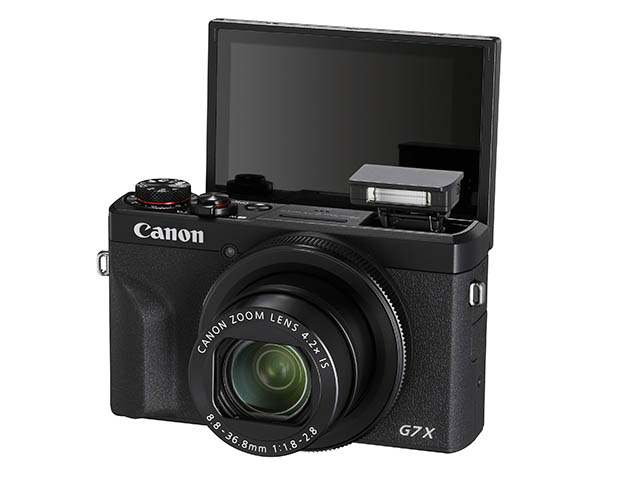 Show me a movie

As for movie capture, users can expect super 4K movie quality, frame rates up to 120fps in Full HD mode and a vertical shooting mode, which produces footage purposefully designed for social media.

Automatic settings are also available for movie capture in both the PowerShot G5 X Mark II and the PowerShot G7 X Mark III to produce balanced exposure and high image quality – ideal for those developing their skills and defining their style. Manual control of shutter speed, aperture and ISO are still available to offer video enthusiasts the opportunity to develop their technical skills.

Lastly, the cameras are connected, with both Wi-Fi and Bluetooth connectivity onboard allowing users to capture spontaneous moments and send them to their computer, phone or social media instantly. Furthermore, a live streaming function on the PowerShot G7 X Mark III enables vloggers the ability to share live content with their social media followers for real-time engagement.

When connected to a compatible smart device, the PowerShot G5 X Mark II and the PowerShot G7 X Mark III can receive GPS coordinate information for images automatically, helping to simplify the process when tagging images on social media.  A clean HDMI output for streaming and external recording, using the cameras in conjunction with an external device, simplifies production workflows for users of both cameras.

In other words, both cameras seem set to deliver a rich feature set for a particular type of shooter – today’s hyperconnected photography enthusiast and content creator who wants the best possible image quality they can get from a small form camera. The only details that have not yet been divulged are their price and availability.