Car Tech Roundup: Inside and Out Edition

2014 may be the year of the horse, but focus seems firmly fixed on cars. With many manufacturers poised to bring a greater level of technological advancement to their vehicles than ever before. We compiled a selection of the key car tech trends making their way onto the world's roads in the not too distant future.

Any avid 4x4 enthusiast will tell you that a clear line of sight is vitally important when handling difficult off road terrain, or negotiating the tightly packed parking lots of Sandton City. In order to make such perilous endeavours a little easier to handle, Land Rover has been touting its new Transparent Bonnet technology. This advancement is set to showcase later this month at the New York International Auto Show on the newly designed Discovery Vision Concept vehicle. 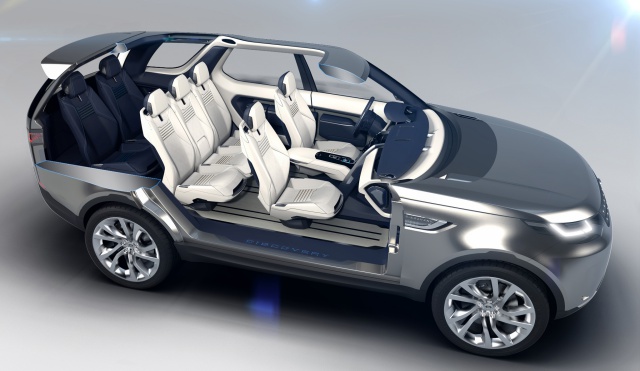 Land Rover's Transparent Bonnet technology is essentially an augmented reality interface for the front-end of your vehicle. As a series of grille-mounted cameras capture real-time video of the terrain in front of the vehicle. This video is then translated into a HUD (Heads Up Display) that appears on the vehicle's windscreen, which creates the illusion of a see-through hood.

Land Rover is also touting the newly developed Transparent Bonnet technology for racing application, in one of the British manufacturer's Jaguar sports cars. The unique perspective that the Transparent Bonnet affords will allow drivers to perfect their racing lines and better see how accurately they hit the apex when cornering.

While on show in New York, Nissan showcased this new value-added spec which will offer drivers a greater level of surety should the viewing angle from a traditional rearview mirror be obscured by any object. Drivers will further be able to quickly alternate between the traditional view and the LCD version. 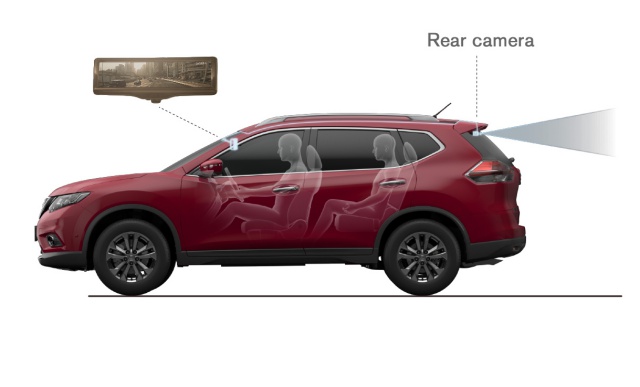 The Smart Rearview Mirror is equipped with a newly developed narrow-angle camera and a specially shaped LCD monitor, with a unique aspect ratio of approximately 4:1. Matching a standard wide-angle camera lens to this type of  monitor could not be done since the images from the camera, when adjusted to the special monitor size, produced a low-resolution image with insufficient picture quality. To overcome this challenge Nissan designed a 1.3 megapixel narrow-angle camera to ensure picture quality would not be sacrificed when formatted for the specially designed monitor.

The S-Class has traditionally been one of the most technologically advanced vehicles on the road, with previous models first to feature cruise control, park distance sensors and climate control. The German manufacturer has similarly integrated an innovative feature into its newly released two-door S-Class Coupe, which boasts an adaptive banking system for stabilised cornering. 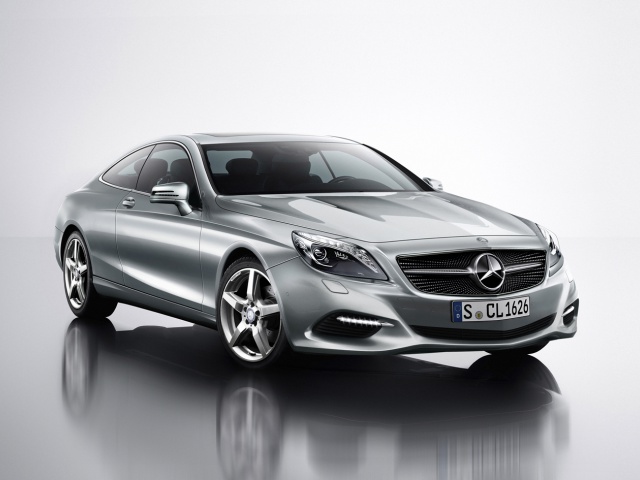 Mercedes-Benz's new Active Curve Tilting system makes use of a front-mounted camera and lateral accelerometer to instantly assess and calculate upcoming corners up to 13.7 metres away. The S-Class Coupe's sophisticated suspension system then adjusts the respective side of the car, by "leaning" the vehicle's frame by 2.5 degrees, as well as raising and stiffening the inside wheels to ensure the driving experience remains as smooth and comfortable as possible.

Mercedes-Benz has stressed the fact that this technology is not designed to improve a car's handling, but rather enhance the overall ride comfort. The Active Curve Tilting system looks set to feature in more Mercedes car models in the future, with the new GLA SUV fitting the same technology for 4x4 and off-road application. 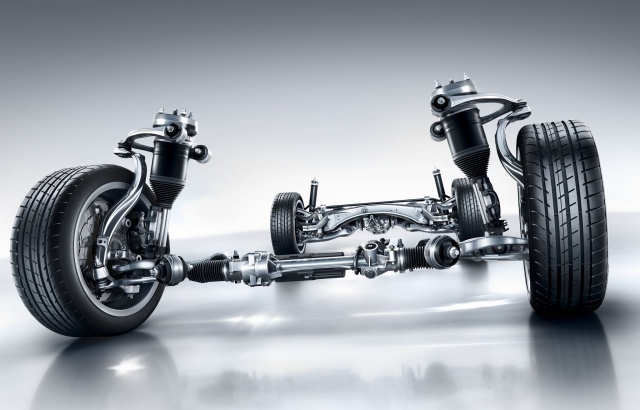 The S-Class Coupe and GLA-Class SUV are both set for early release in 2015 and should see competitors designing similar cornering technologies in the future.

Apple's new in-vehicle operating system, CarPlay was recently unveiled in a host of cars premiering at the Geneva Motor Show, the most notable of which being the Volvo Concept Estate. 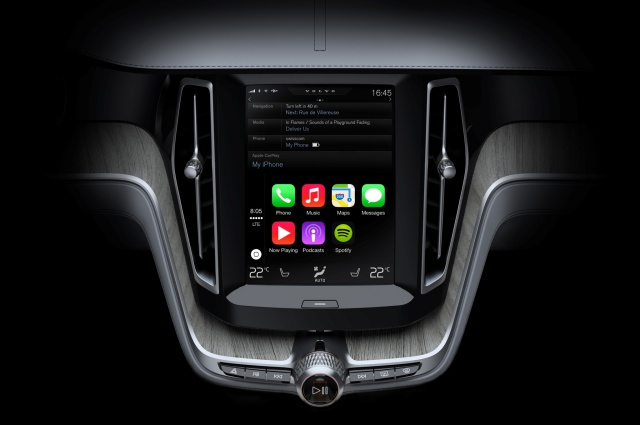 Application developers are still fine-tuning their products for CarPlay use, but Apple has already detailed some of the key features that every driver will expect from a car control panel. Chief among them being Phone, Music, Maps and Messages. Based on the model of car, CarPlay will also have full Siri voice activated control. Just be aware that CarPlay is not for everyone, as Apple has stated that device compatibility only extends to the iPhone 5 and beyond. As far as manufacturers go, CarPlay will be rolling out in late 2014 car models from companies like Honda, Hyundai and Ferrari.

It would seem as if the next great battleground for technology designers to square off, is in your car. As Microsoft recently announced plans to develop a new version of Windows in the Car in the near future. It also appears that Google will also be entering the fray, with proposed in-car version of Android rumoured to be in the works.

Netherlands roads set to light it up

In last month's issue of TechSmart we had a look at the Lotus C-01, designed by Daniel Simon of Tron: Legacy fame. It seems rather fitting then, that we clue you in on the equally Tron-esque Smart Highway, which comes courtesy of Studio Roosegaarde in the Netherlands. 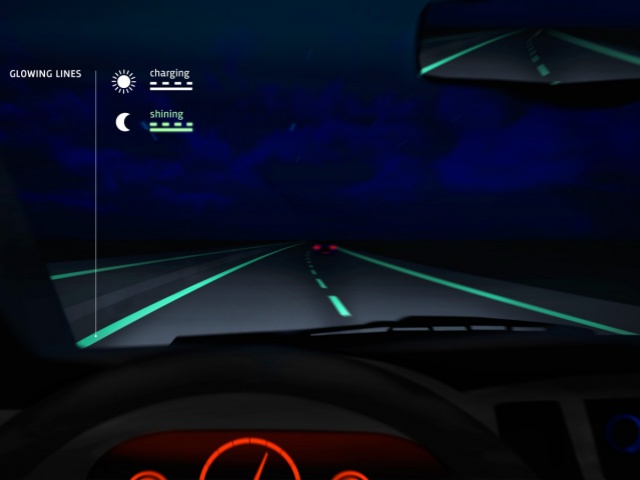 Among its many innovative integrations, the Smart Highway features glow in the dark lane markings, which have been coated with a special photo-luminising powder that glows when light from car headlamps are shone upon it. Studio Roosegaarde also developed a Dynamic Paint, that becomes visible when temperatures fluctuate. The Dutch designers have said this Dynamic Paint could be used to communicate vital information to commuters. For example, if the roads are covered in ice, the road could theoretically display a series of snowflakes, which would illuminate based on the extremely cold conditions. Capable of absorbing sunlight throughout the day to "charge" itself, the Smart Highway has the potential to light up roads for up to 10 hours, according to the company.

Currently in the testing phase, the Smart Highway is being used on a 500 m stretch of road in Eindhoven in the Netherlands. It should prove interesting to see just how well it works and how much power it could actually save busy metropoles.