This week, Microsoft’s Surface devices weren’t the only pleasant launches arising this week. French company Crosscall, which distinguishing itself by offering rugged mobile devices, also brought some tech to hanker after.

More specifically, the company debuted its ruggedized 8” tablet CORE-T4, the first tablet on the market to be certified AER (Android Enterprise Recommended) by Google.

Billed as a “real outdoor mobile office for professionals, and a portable leisure station that can withstand all conditions, the tablet’s AER certification allows all professionals from all sectors to work in any type of environment.

The tablet, running on Android  9, sports a Qualcomm 450 processor, 32 GB of memory, and dual SIM slots to connect anywhere in 4G+ and access different applications even while roaming. The CORE-T4 is further equipped with a 13Mpix camera and is waterproof resistant, with the company claiming that users can even take pictures with it underwater (if you are brave enough to try that).

Perhaps most noteworthy is that it packs a 7000 mAh battery, which should be plenty to easily withstand a day of continuous use of emails, YouTube or web browsing. Most tantalising, particularly if you intend to really take the device into the wilds with you, is the announcement by the company that their new devices carry a three-year warranty. 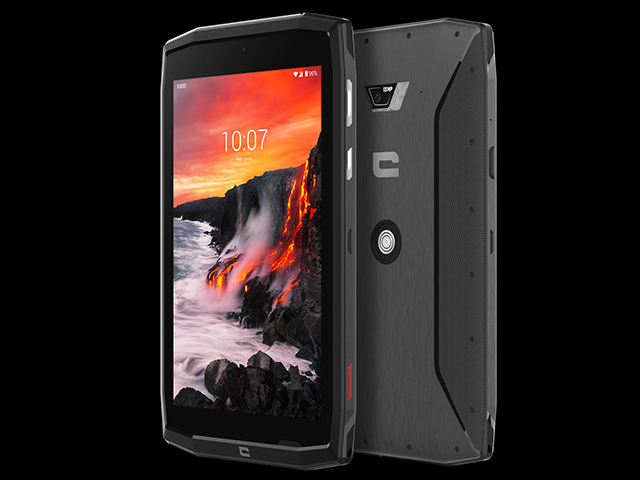 Commenting on the rugged nature of the new offering, Crosscall explained that its devices are designed to resist even the most hostile of environments so users can focus on their activities instead of worrying about their phones (or tablet).

The company stressed that its new range isn’t just for those who like to push their limits outdoors, venture off the beaten track, or throw themselves into adventure. The  rugged nature of their devices can be used by those in industries such as mining and agriculture, where one is always outside and exposed to various conditions and elements.

It noted that while it has not forgotten its market of extreme athletes to field professionals, it is expanding its market to include individuals who require feature-rich devices that are waterproof, damage resistant, and have a long battery life.

"We are incredibly proud to unveil our latest suite of devices for the savvy South African consumer who enjoys convenience and values durability. We kept you in mind when we designed these products and are certain it will meet both your personal and professional lives seamlessly. Every device also comes with a first-ever 3 year warranty, which is the result of 10 years of research and development work,” explained Julien Furiot, Sales Director for Crosscall South Africa.

“With durable smartphones there is less obviously breakage meaning companies no longer have to renew or replace their mobile fleet so regularly and this means lower total cost of ownership over the long term," he concluded.

Price wise if you plan to put the tablet on your shopping list, you can expect to pay R11 000 for the Android tablet.