According to Kotaku, not one but two Assassin’s Creed titles are apparently in the works and readying for launch later this year. The first of these, codenamed Unity, is expected to arrive on next gen platforms (the PS4 and Xbox One).

However rather than taking players to Japan as many hoped, the next iteration in the franchise is rumoured to be set in Paris during the French Revolution. Kotaku asserts that the second rumoured entry, with the enticing codename of Comet, will then be launched on the PS3 and Xbox 360.

Granted, these are both in rumour status at the moment, and thus should be taken with a pinch of salt. However, somewhat adding to its credibility, Kotaku showed a leaked screenshot from Unity’s development. Nor are they the only one’s asserting this game’s existence. Earlier this month, The Examiner also indicated that Assassin’s Creed: Unity was the next likely entry, adding that it would offer and centre around 4-player co-op. The Dark Souls series is known for putting players through the wringer, sparing them no quarter and making even the best player become accustomed to dying often.

Since its release though, some players have turned on the developers, From Software, complaining that the game’s graphics don’t look quite as good as the preview material suggested, citing concerns that the game had undergone a graphics downgrade before landing on the shelves.

Most aptly illustrating the point was the compiled video below, which compares pre-released footage with the final product.

In response, From Software explained to the Market for Computer and Videogames (MCV) that a developer was constantly challenged with creating the most rewarding gaming experience while delivering continuity in graphical quality, gameplay dynamics, and balance within the game. The developers continued that the final version of Dark Souls II displays the culmination of this delicate balance.

All this aside, it hasn’t hurt Dark Souls II’s reception – the Xbox 360 version of the game is sitting on a very healthy 92 on Metacritic and we suspect, we are not the only ones who are ‘just dying’ to play more of the game this long weekend.

Sacred 3 is en route to arrive at the end of August, according to developers Deep Silver. The game has been slated for release on the PS3, Xbox 360 and PC, and, if intimations are to be believed, apparently may be heading to the PS4 and (the reason we are excited about this one) the PS Vita as well at some point down the line.

The game though seems to have eschewed the RPG approach of its predecessors, in favour of an isometric hack-n-slash approach in the Diablo vein.

Apparently though, particular attention has been paid to the multiplayer component of the game, enabling up to four players to battle through the world online, or two players to join up, offline, in co-op. Cast your eyes on the trailer below and see if this one makes your must-buy list.

The original Steam controller received a mix reception on its debut, this was mainly down to the fact that it had no conventional controls to speak of, instead opting for touch sensitive pads in an effort to give a unique gaming experience.

For the company’s second iteration of the controller, it has decided to integrate gaming button controls that all users will be familiar with. There are eight new buttons, split four apiece with one set dedicated for navigation between menus and content, and the other (Y, B, A, X) for use in-game, with a similar set up to the Xbox controller.

It has however retained the touchpads in place of dual analog sticks. Valve has also maintained the ergonomic shape of the original, which should make it extremely comfortable to handle, according to the manufacturer.

The new Steam controller is scheduled for an estimated third quarter 2014 release and should retail for approximately $65 (R710). 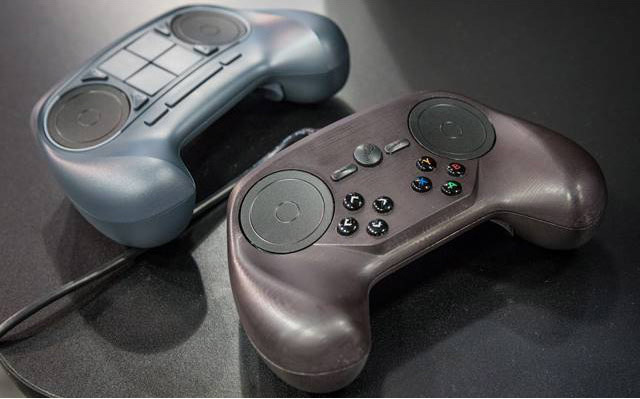 As expected, EA Sports has designed a World Cup specific title for this year’s tournament in Brazil. To coincide with its announcement, the game developer has also released a gameplay trailer to showcase some of the elements that users can look forward to. EA began developing World Cup specific versions of its wildly popular gaming franchise in 2006.

The trailer has been given a uniquely Brazilian twist, with a carnival-esque atmosphere being integrated for teams walking onto the pitch prior to matches. Other inclusions see the retention of national coaches on the sideline, with cutscenes interspersed during games as first used in the 2010 iteration of the title.

From what we can tell, there will be no new features or enhancements added to actual gameplay, with this title delivering the same user experience as FIFA 14.  Another area noted during the trailer was the creation or replica stadiums that will be used during the official tournament as well as up-to-date uniforms and boots for players. This is one area that Fifa has always shined and held a sizeable advantage over competitors.

Game developers Konami has released the official launch trailer for Metal Gear Solid V: Ground Zeroes ahead of its European unveiling on 20 March 2014. This title serves as a prelude to the hotly anticipated “The Phantom Pain” and will also give gamers a chance to experience the voice acting of Kiefer Sutherland as main protagonist Snake, which has received some mixed reaction.

The trailer itself showcases some of the gameplay elements that many die hard MGS fans will be all too familiar with, integrating a mixture of hand-to-hand combat, sniper challenges and stealth missions. Ground Zeroes is relatively short, compared to other Metal Gear Solid titles, with an estimated playtime of three hours, including cut scenes.

With a game that quick to finish, it should prove interesting to see whether or not gamers will make the effort to buy this title or forego it all together and wait for the the follow-up “The Phantom Pain”.

Metal Gear Solid V: Ground Zeroes also released in the US earlier in the week on 18 March, with an expected South African release to follow shortly, gamers can expect to pay roughly R400 for both in-store and online versions for this prologue title.