This week's geek news is dominated by stories revolving around the San Diego Comic-Con as our own Moray Rhoda prepares a panel discussion on the local comic book scene, images from Avengers: Age of Ultron emerge, Humble Bundle offers Walking Dead comics and the winners of MWEB's eSports event are detailed.

For those of you may not know, there is more than one Comic Con event held every year, each with its own merits and value, but the San Diego Comic Con (SDCC) is the one everyone wants to go to. SDCC kicks off this week, starting tomorrow and ending on Sunday, 27 July. Part of the reason that SDCC has proven to be so popular is firstly its sheer size with more than 130 000 attendees, it also serves as a forum for studios to showcase all the latest blockbuster movies with the added benefit of rubbing shoulders with many of the film's stars.

For TechSmart, this year's SDCC holds particular significance as one of our key contributors, Moray Rhoda, will be leading a panel of South African and Australian comic book experts detailing the growth of the industry within the Southern hemisphere. Together with a host of other comic book artists and writers, Moray created a unified publishing entity known as Gaining Velocity, that collates an anthology of local comic book titles every year. The Gaining Velocity team is set to speak at this year's SDCC on Saturday 26 July, and should provide a fantastic platform for foreign comic book fans to experience the high quality of work our local industry can produce.

We're always keen to get a little more bang for our buck, especially when it comes to comic books and graphic novels, and this week sees a very tempting deal involving Skybound's series The Walking Dead amongst others. As the fifth season of the wildly popular Walking Dead TV series is only scheduled for release in October later this year, the coloured panel version will certainly offer some respite to tide any zombie-obsessed fan over. 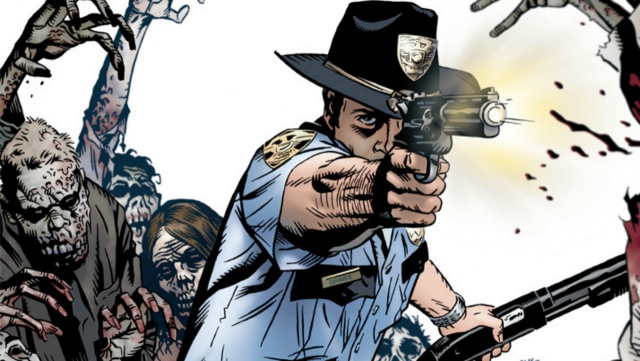 The deal is presented by Humble Bundle, who specialise in offering deals on vast collections of comic titles. This time round, comic book fan will be able to get their hands on 63 issues, across six different titles including Walking Dead, Thief of Thieves and Witch Doctor. Those interested who pay a minimum of $15 (R160) will receive digital copies of all the issues for use on their compatible smartphone, tablet or PC. If you're feeling extra flush this month, you can front $40 (R422) for an additional Walking Dead Vol. 20 and an exclusive Walking Dead T-Shirt. This promotion is only running until 4 August, so you better act fast.

As Christopher Nolan's vision of Batman has come to an end, and Zack Snyder set to take over the reigns, the Dark Knight franchise will undoubtedly be remembered for one of the most iconic vehicles in movie history. The bridge jumping army tank, dubbed the Tumbler, was a fantastic departure from the Hypercar-esque Batmobiles we saw in previous versions of Batman. Now LEGO has brought the Tumbler to life, albeit on a smaller scale and with less destructive power. 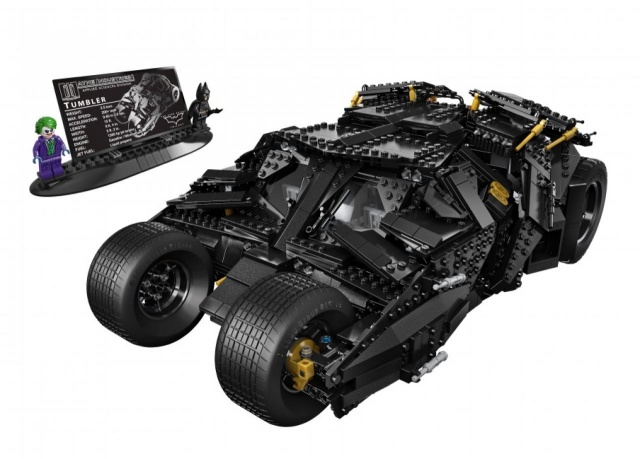 LEGO's version consists of 1859 individual pieces, standing 381 mm tall and 229 mm wide, and it’s set to debut at this week's San Diego Comic Con. It also comes with two LEGO-inspired figurines from the Dark Knight franchise, Christian Bale's loud and shouty Batman, as well as the very memorable Joker played by Heath Ledger. For those interested in getting their hands on the Tumbler, its set to go on sale in September, bearing a estimated price tag of $200 (R2 110).

If you're a fan of everyday merchandise inspired by pop culture, then ThinkGeek is the place you wanna head. They often have the best merchandise that pays specific reference to many geeky fan favourites, with their Star Wars-themed products in particular warranting a view. This time round, they have just added a new piece of gaming-inspired paraphernalia to its ranks, in the form of these Portal bookends. 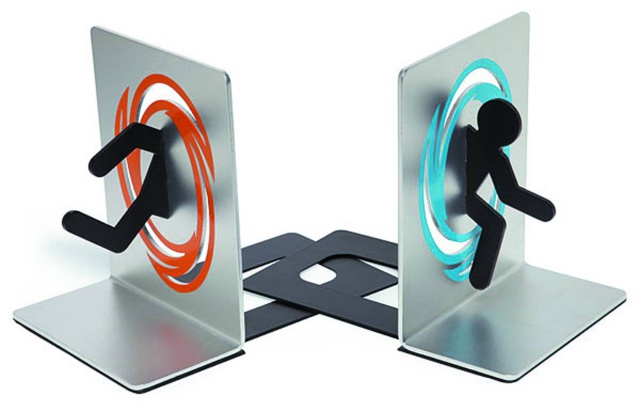 The Portal series was wildly popular and garnering its fare share of fanboy followers, specifically as a result of its main protagonist Chell. If you're a fan of the series, or have a ton books spilling from your bookshelf, these will set you back $30 (R316).

In an interview conducted earlier in the week, Chuck Palahniuk has revealed some of the details regarding his visceral novel Fight Club, which many will remember for the 1999 cult-hit film it spawned. Now a sequel to the novel is in the works, not as a traditional work of fiction however, but rather a graphic novel. The move to a more visual medium seems pretty apt given the strong imagery that Palahniuk often creates in his writing.

This follow-up will be set 10 years after the events of the first book, with its unnamed protagonist (played by Edward Norton in the film) now married to Marla Singer and living together with their nine-year old son. The role and actions of fathers is something that Palahniuk is aiming to address in this sequel, given the fact that it propelled much of the character behaviour in the first novel. 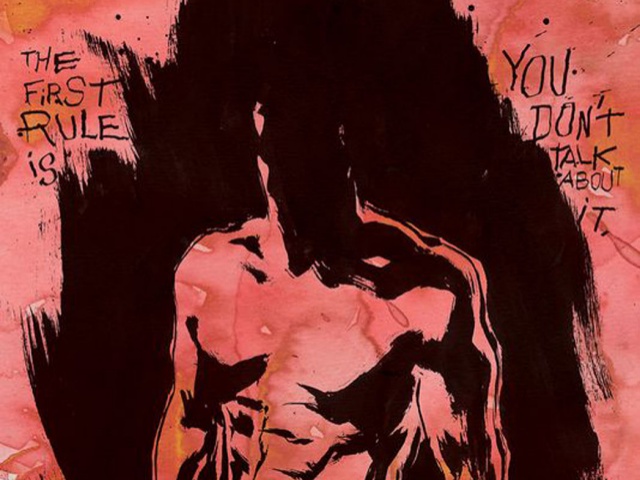 Palahniuk is set to hold a panel discussion at Comic Con this week, where he will be joined by the film's director David Fincher. At this stage, the 10-issue series is scheduled for publishing in May 2015. Being fans of the first novel, we can't wait to see how this follow-up version will fare.

The much-lauded Avengers sequel, Age of Ultron may only be scheduled for release in May next year, but the film's producers have already begun ramping up the publicity for this soon-to-be blockbuster. Now, a cover has been detailed for the upcoming issue of Entertainment Weekly, which will feature both Iron-Man (Robert Downey-Jr) and Captain America (Chris Evans), but more importantly gives fans the first look at its main antagonist, Ultron. 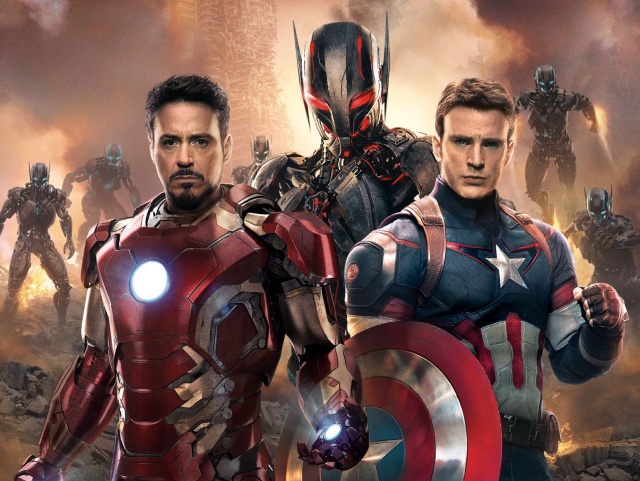 In the magazine, the film's director confirms that Ultron's creator is indeed Tony Stark, who originally designed the machine as a form of self-aware AI. This has lead many to believe that Ultron is essentially the evil incarnation of Jarvis, Tony Stark's virtual assistant. It is reinforced by the fact that both Jarvis and Ultron are credited with being voiced by the same actor, Paul Bettany (Wimbledon, A Beautiful Mind). Entertainment Weekly has also included a series of on-set images, with new characters Quicksilver and the Scarlet Witch being pictured. 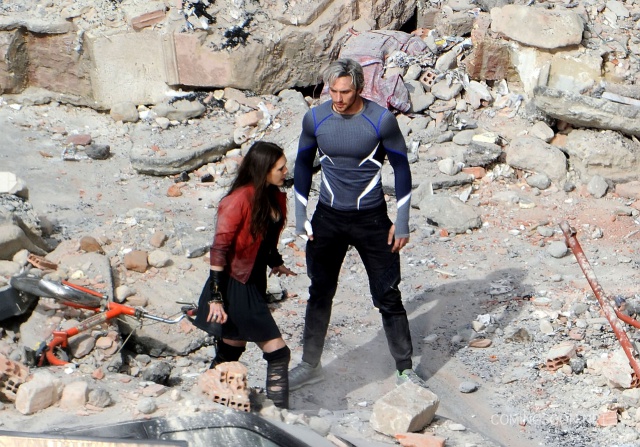 For many ardent anime fans, the news of Hayao Miyazaki's retirement came as true a shock, given his revered reputation as being one of the main reasons anime made the successful jump over to Western audiences. Among his many accolades was the creation of Studio Ghibli, which has endured since his departure. The anime studio has now released a new trailer for its first feature film, post-Miyazaki, entitled When Marnie Was There.

The animated film is an adaption from a British novel by the same name, penned by Joan G. Robinson. The plot revolves around a rather sickly young girl, Anna, who strikes up a friendship with a mysterious young boy, Marnie. The film is scheduled for worldwide sometime in 2015, although confirm dates have not been announced yet. It should prove interesting to see how the Ghibli copes in the absence of its most decorated director.

Check out the winners of MWEB's COD: Ghosts LAN tournament

Having concluded over the weekend, the winners of MWEB's GameZone Master Series Ghosts LAN tournament have been revealed as Xbox eSports Call of Duty team F34R ADEPT. They took on and beat 14 other teams, with a total of 60 gamers taking part in the tournament. The event itself was console-based and demonstrates the rise of eSports locally, which is already being spoken about for consideration as an X Games event.

The winning members of team F34R ADEPT left the event with a pretty solid bounty, including a combined total of R5 000 in vouchers from kalahari.com, as well as some Red Bull branded swag.  F34R ADEPT's team consists of Ismail Jacobs, Andrew Harris, Rory Burmiester and Kyle Nortje, all of whom serve as proof that hours spent gaming can certainly pay dividends. 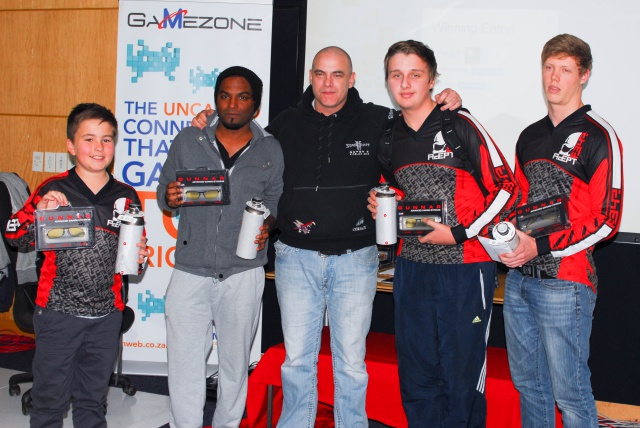 Following the event, MWEB stated that it would reinforce its efforts to nurture the growth of competitive gaming in South Africa, with its next Xbox-focused gaming tournament event scheduled for September.