In the age of Netflix and ShowMax, Google South Africa’s announcement might not be the biggest, but it’s a push in the right direction none the less. After recently introducing its Play Music offering, the company has launched its Play Movies service in South Africa.

Unlike the services mentioned above, Google Play Movies offers no monthly subscription plan to stream movies, rather allowing users to rent or purchase movies for watching on phones, tablets, computers and smart TVs, with full-length movies available from all the major Hollywood studios. 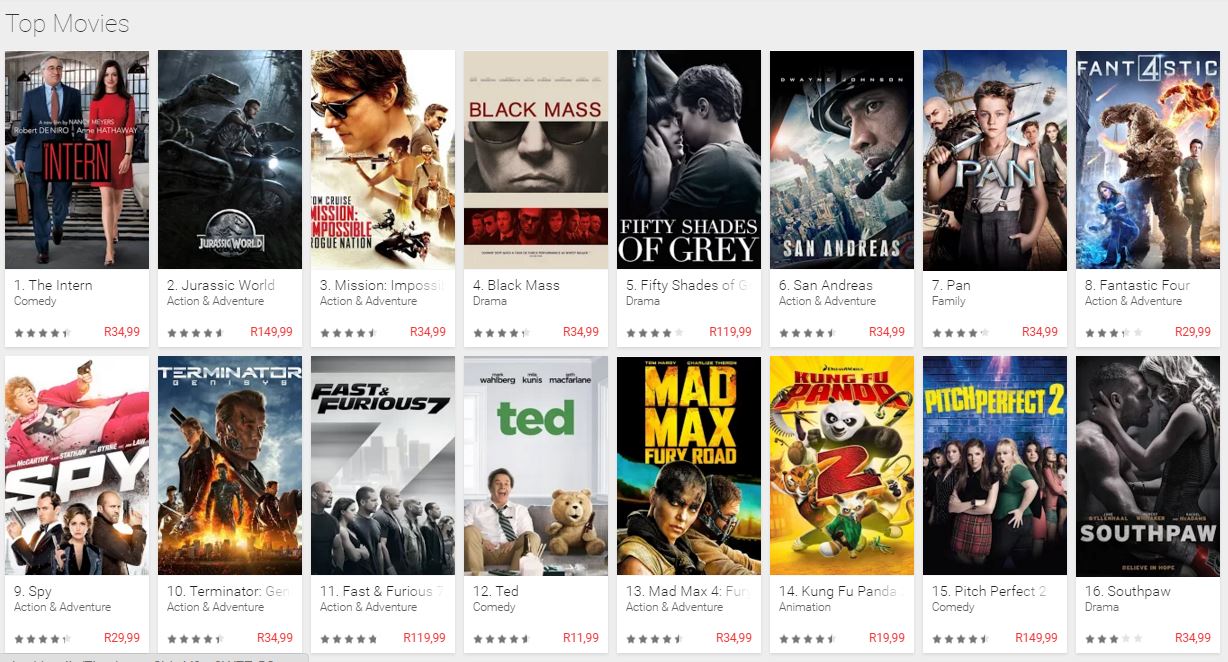 If you are looking to buy, new titles, such as Johnny Depp’s recent Black Mass, are going for R150 for the standard definition version and R170 for the HD one. If you would rather rent, there are movies on offer for as low as R12, with most new titles going for R35. Once rented, you will have 30 days to watch most movies, and 48 hours to finish watching once you’ve hit the ‘play’ button. Local movies are not yet available but Google SA hopes to have these onboard soon.

How to get Play Movies: