As we speed down the artificial intelligence path, research findings will continue to pop up that makes us question how this will be used in future. Here’s the latest: Deep neural networks are more accurate than humans at detecting sexual orientation from facial images.

The research was published in the Journal of Personality and Social Psychology and conducted by Michal Kosinski Yilun Wang at Stanford University. They allowed deep neural networks to extract features from 35 326 facial images posted on a US dating site. These included fixed features, for example the shape of the nose, and transient facial features, such as grooming style.

Given a facial image, the machines that used deep neural networks had a hit rate of 81% in accurately classifying pictures of males as gay or heterosexual, and 74% for females. Humans on the other hand, can only accurately place males correctly at 61% and females at 54%.

Show the machine five pictures of the same person and its algorithm gets even better, allowing detection rate to jump to 91% for males and 83% for females.

The research noted that gay men and women tend to display “gender-atypical” features, including facial morphology, expression, and grooming styles. Moreover, the researchers believes that faces contain more information about sexual orientation than what we are typically able to detect, with the neural networks showing the limits of human perception. 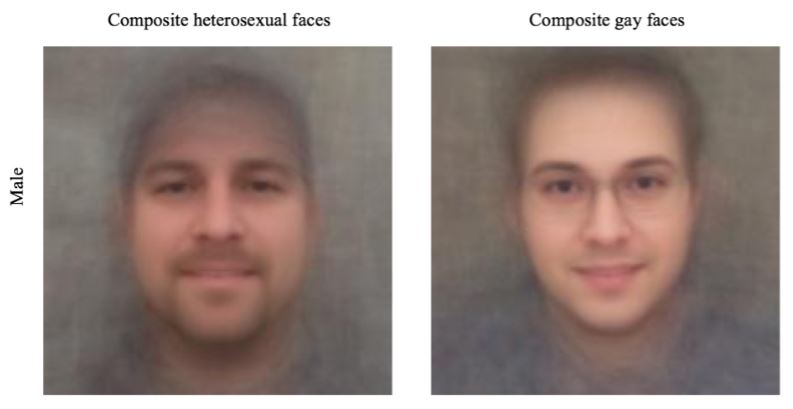 Composite faces and the average facial landmarks built by averaging faces classified as most and least likely to be gay.

However, also included was a warning, which should be very pertinent in Africa. “Additionally, given that companies and governments are increasingly using computer vision algorithms to detect people’s intimate traits, our findings expose a threat to the privacy and safety of gay men and women.”

With a number of countries in Africa not far from implementing equal rights, one can hope that this research is not used for nefarious purposes.