Once an Android smartphone heavyweight, recent times has seen Sony playing second fiddle to the likes of Samsung, with Huawei also overtaking the Japanese manufacturer locally.

Can the company's recently launched smartphones, the Xperia XZ and X compact, change this? To unearth more on their local intentions, as well as what makes the new devices noteworthy, we spoke to Sony Mobile South Africa country manager Christian Haghofer.

TechSmart: What is the #WowOfNow campaign and what can consumers expect to see from Sony in that regard?

Christian Haghofer: The #WowOfNow is Sony Mobile South Africa's expression of consumer engagement. We want to interact with consumers around the idea of special moments, helping them to capture and share those moments. Sony wants to have customers that are emotionally engaged with our phones, and that's what #WowOfNow is focused on.

One of the key aspects of these experiences is our camera. We want people to snapshots, video with our devices, in whatever conditions they want. Whether it be low light or fast moving, that's what we build our cameras for. In the Xperia XZ and X compact, this takes the form of triple sensor technology, with three different sensors on the back of the devices, capturing those special moments in your life.

#WowOfNow is also a global campaign which recently kicked off, with a rollout in all the countries Sony sells its phones.

TS: You've touched on the new triple sensor technology on XZ and X compact's 23 MP camera. What advantage does such a system hold?

CH: In my opinion, the megapixel race in the smartphone market has died down in the past two to three years. The focus now is about which sensor technologies can be used on your smartphone in order to take special and memorable pictures.

This is why Sony has enlisted the help of our own Alpha camera team. Those ranges of cameras have developed special sensor technologies in order to take better pictures. Now, for the first time we're incorporating that technology into our phones. In the past we had one sensor which had to handle all the different aspects of image processing, but now we have three dedicated sensors to maximise the quality of the shot you're taking.

The triple sensor technology allows users to have an advantage in terms of image processing, as opposed to just megapixels as it was before. For low light this is particularly impressive, as it builds upon the the fast capture function we introduced on the Xperia X with a new motion sensor dedicated to that specific aspect of photography.

That's why we try to interact with consumers and showcase what our smartphone cameras can do. We have a special Xperia trolley set up to reproduce different conditions like low light and fast moving. This trolley will travel across South Africa over the coming weeks, and we're hoping to truly engage with our customers and have them try out our phones and create those special moments. 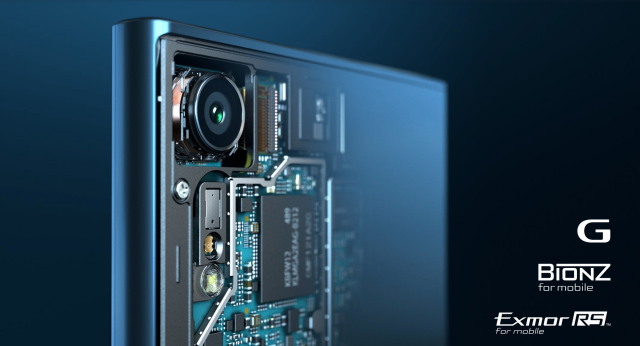 TS: For consumers unfamiliar with the XZ and X compact, which tiers of the market to they fall into?

CH: They're both premium devices, and they are designed for customers that want to spend their money. The larger XZ picks up from the successful Z series of devices we previously launched in SA. During that time, having a device at both the 5" and 4" size bracket worked well for local consumers, so now we want to continue that formula. With the XZ and X compact, consumers now have two choices with different sizes and colours too.

Waterpoof is also back, specifically on the XZ. It's something that distinguished the Xperia devices a few years ago, so we decided to integrate it again, because we know consumers have come to expect it as a key feature on our devices.

TS: To mark the XZ's launch, Sony has partnered with Takealot and Vodacom on bundled deals. Can you explain the deals in a bit more detail?

CH: Something that we find quite interesting in the South African market is that consumers are always keen to get something on top. Luckily at Sony we have a lot of different products that we're able to bundle together with newly launched devices. We leveraged that, and if you look at MTN, the first 1000 users that purchase a XZ will also get a free Smartwatch 3.

At Vodacom the first 100 users will get a Xperia E4, and for Takealot, the first 100 pre-orders will receive a Xperia XA Ultra. That's not all we have planned though, especially for November when many of the summer campaigns at carriers and retailers begin.

TS: As premium devices, how much can consumers expect to pay on pre-paid for the Xperia XZ and X compact?

CH: The current Takealot deal gives an indication of the pricing we have in mind. That deal is currently R12 599, because it is pre-order, but R12 999 is the retail recommendation for the Xperia XZ. For the X compact, we're looking at R9 999. Unfortunately we cannot force carriers to keep to those prices, but we try to ensure they stick as close to our recommendation as possible. These may be premium phones, but we don't want to charge our customers a premium margin.

TS: What message do you want to leave consumers about Sony moving forward?

CH: There were a lot of rumours that Sony left the country, which is not true at all. The Sony TV division moved out of the country, but not the mobile division, nor the PlayStation and the music divisions. Sony is definitely still in the country and plays a big part. I'd also like to urge people to visit the Xperia road shows, check out the devices and experience the #WowOfNow.