With orders for comic books currently on a twenty year high, another female-centric shift in focus is coming to one of Marvel's comic book series. After deeming the original Thor unworthy and handing Mjölnir to someone else, as well as placing Riri Williams in the Iron Man suit, Marvel is making She-Hulk (aka Jennifer Walters) the go-to big green hitter for the Hulk series. Writer Mariko Tamaki (Skim, This One Summer) confirmed her part in the project via Twitter, with Nico Leon brought onboard to handle the artwork.

Guess who gets to work on the  new Jennifer Walters #HULK series w the awesome @NicoLeon_ for Marvel? This girl. https://t.co/7KpMEl8ZcB

The reason for She-Hulk's new role comes in the wake of Bruce Banner's death at the hands of Hawkeye. While this was occurring, Jennifer Walters was in a coma following the events of The Avengers tangle with Thanos. As such, she'll have quite a bit of emotional and physical trauma to deal with, not to mention having to take some sort of big bad for the series.

Marvel confirmed that the new series (Hulk #1) will begin its run in December 2016, but the number of issues has not been disclosed just yet. 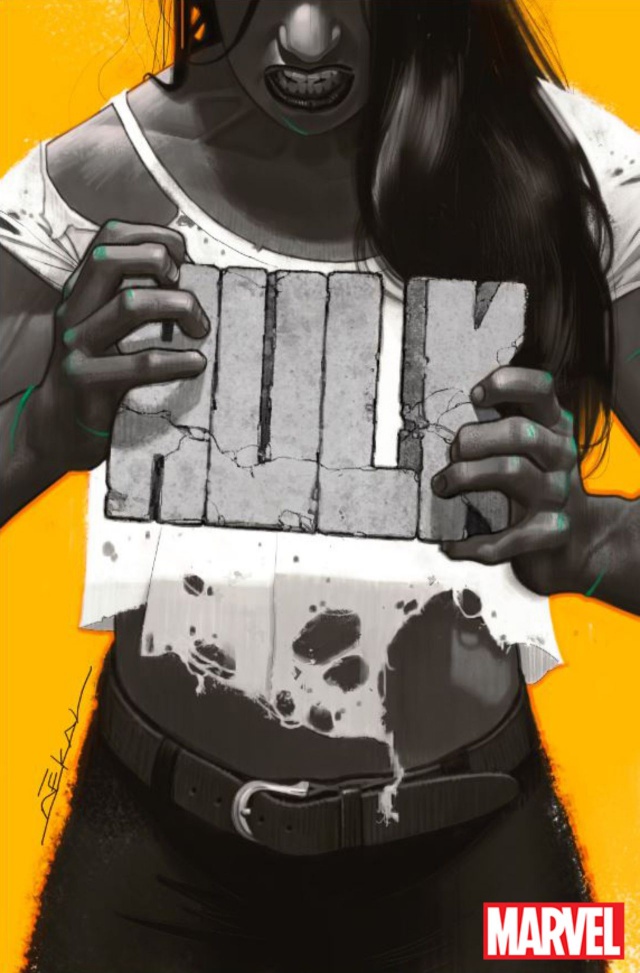