Hands up, this is a robbery! Movie fundi Spling investigates the top Heist movies ever made.

Instead of robbing a bank or a museum, Christopher Nolan decided to break into the mind with Inception. This star-studded and mesmerising crime epic blends three climaxes into one as the team fights to maintain control of three suspended environments. Persuasive mind games play out with precision as the team unlocks the deepest reaches of their target’s consciousness. Inception’s revolutionary heist concept was beautifully executed with a monumental soundtrack, clinical cinematography, surreal visuals and strong performances from the likes of Leonardo DiCaprio, Marion Cotillard, Joseph Gordon-Levitt and Ellen Page.

Best bit: The closing shot of the spinning top totem. Heat is probably most revered for the long-awaited match up of Hollywood screen legends Al Pacino and Robert De Niro. These movie stalwarts didn’t disappoint, offering quintessential performances to crank up the heat in this aptly titled cops-and-robbers heist film. The titanic head-to-head showdown met all expectations, making this nearly three hour Los Angeles crime saga a gripping must-see. Heat is Michael Mann at his very best, delivering a well-balanced mix of great character drama and pulsating action. It’s not surprising that Heat inspired the co-lead dynamic of The Dark Knight.

Best bit: The armoured vehicle shoot out, or the first meeting of
De Niro and Pacino. 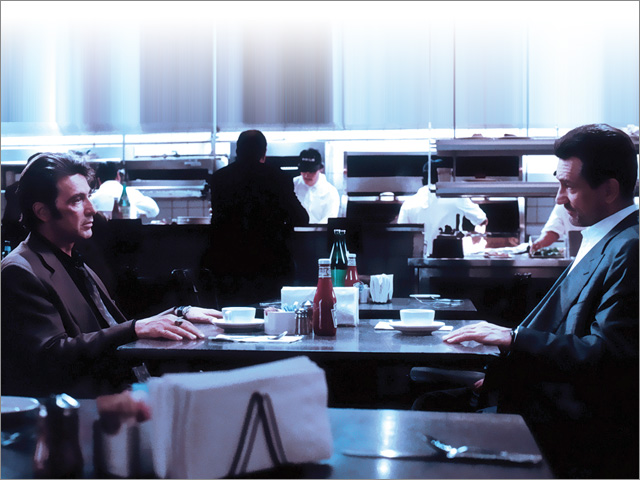 Often referred to as the grandfather and pinnacle of heist films, Rififi is a French crime drama that set the benchmark for the heist subgenre back in 1955. American director Jules Dassin agreed to direct the low budget movie in France, several years after Hollywood blacklisted him, and despite hating the novel. The French heist film didn’t have any stars, yet brought a sincerity and humanity to its characters that broke the rules of the crime genre. Rififi’s far-reaching influence can be seen in films such as Stanley Kubrick’s The Killing to Quentin Tarantino’s Reservoir Dogs.

Best bit: The intricate 30 minute long heist scene, which is shot in
near silence. 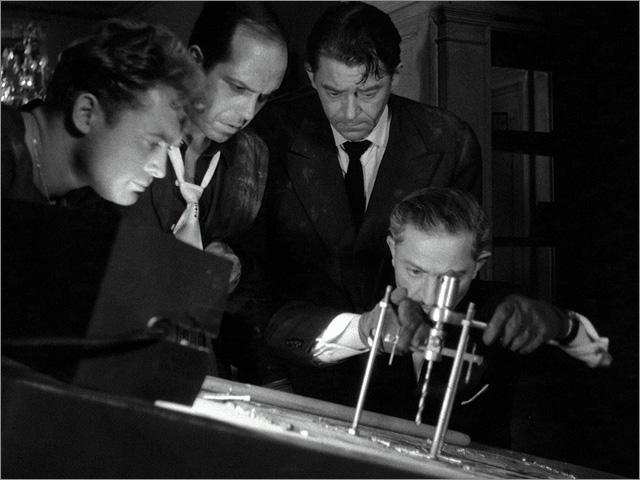 Al Pacino stars in Sidney Lumet’s Dog Day Afternoon, a crime drama based on that “weird bank heist that really happened” or the story of bank robbers John Wojtowicz and Salvatore Naturale. Their failed 1972 bank job in Brooklyn inspired a Life article and Dog Day Afternoon three years later. The anti-establishment heist movie came at a time of heavy opposition to the Vietnam war and captures the spirit of the times. It was nominated for several Academy Awards including: Best Picture, Best Actor, Best Supporting Actor and Best Original Screenplay for which
it won. 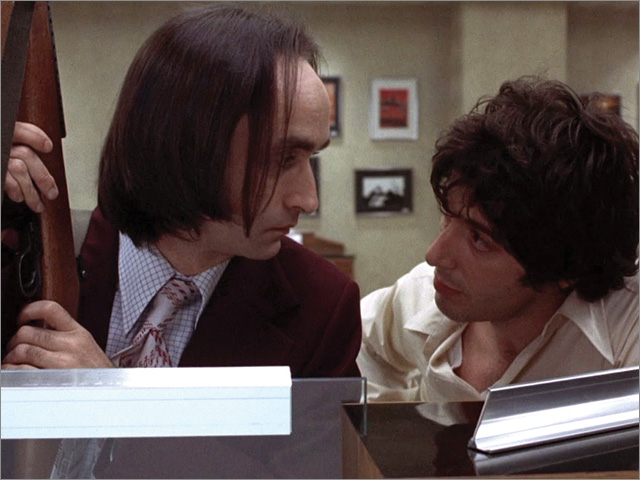 Crooks plan and stage a daring racetrack robbery. The premise may sound simple, but the execution is anything but in the hands of master filmmaker Stanley Kubrick. The hold-up is told from different participants just like Reservoir Dogs, moving from a documentary style narrative to an engrossing and suspenseful twist-and-turns thrill ride. Even in his early days as a writer-director, Kubrick was able to serve up a film noir crime thriller that still feels contemporary, even if it was
“one last heist”. No wonder he considered The Killing to be his first mature film.

Best bit: The clown mask worn by Sterling Hayden must have inspired the one worn by Heath Ledger as The Joker. 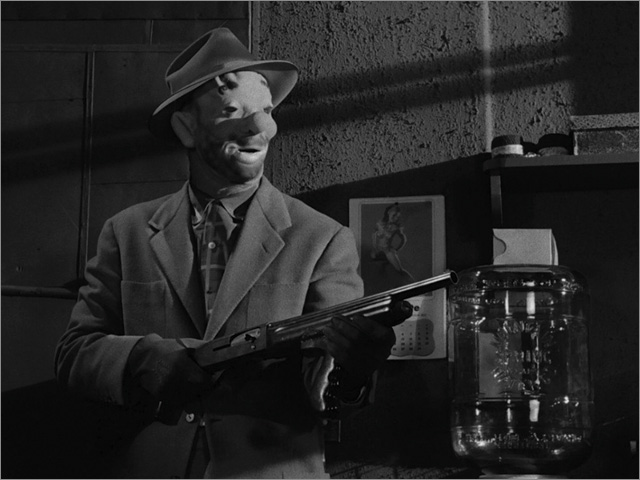 Best of the Rest

If you check the underside of this film, you’ll find “Property of Kevin Spacey”.

Tarantino’s breakthrough film has one of the greatest bank heist and restaurant scenes of all-time.

While it’s not the first heist film that springs to mind, it’s definitely the funniest...

George Clooney, Brad Pitt and Matt Damon – the boys are back in town and you won’t meet smoother criminals.

Spike Lee’s heist film is slick, smart and features a bank job so cunning... you’d expect the thief to write a book about it.