There could soon be a new feature arriving on Twitter. According to reports from Techcrunch and Recode, the social media platform could turn tweetstorms into a fully fledged part of the app.

Tweetstorming currently exists within Twitter, but requires users to constantly reply to the original message. Needless to say, it's a time consuming task and can often lead to mistakes or errors when one is in the middle of a rant. 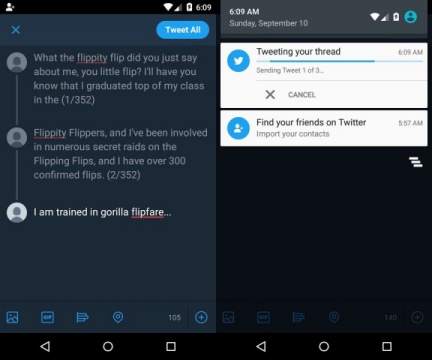 The company is yet to confirm whether this feature will be available to the public, but the aforementioned tech websites came across Android phone screenshots of the feature in action. It was depicted with a user composing multiple messages for the same thread at once, then readying them for publishing simultaneously.

With Twitter certainly a platform for users to vent their frustration or direct their ire these days, we can see such a feature taking off. As user numbers continue to drop for Twitter, perhaps the ability to tweetstorm will help retain some of its base.