The Facebook community is one that is far from perfect. This year alone, a number of disturbing events have been live streamed on the social media platform, including murders and suicides. Attempting to take action on the latter, Facebook has announced the rollout of AI tools to detect and provide assistance for users contemplating suicide.

According to Facebook, the AI software utilises pattern recognition technology to analyse posts or live streams expressing thoughts of suicide. From there, a text message will be sent to users, including questions like "Are you ok?" or "Can I help?" 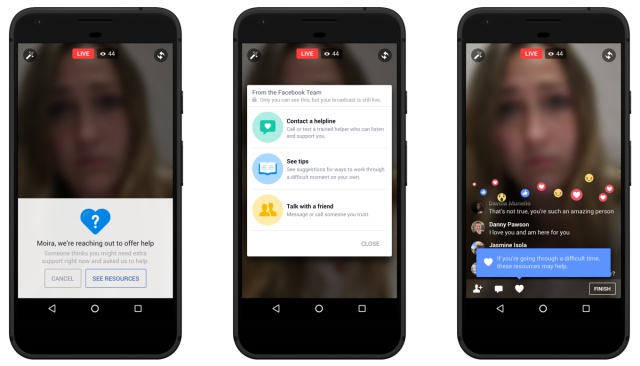 Along with the AI system, Facebook's Community Operations team will be sent posts or livestreams that have been flagged for review, with the content also said to be given priority in order to expedite action, according to the company. Furthermore, the AI is optimised for a select number of languages and locations, directing users to hotlines, as well as alerting nearby authorities if necessary.

At this stage, the AI suicide prevention tools are set for rollout outside the US in coming weeks. Facebook is aiming to make it available worldwide, but there is no indication of when it will be fully up and running across the globe.