For a few weeks now, Android fans have been waiting to see what LG's upcoming G7 flagship phone would look like. The wait ended last week when leaked images of the device surfaced, removing much of the mystery, as well as the expectations for what the smartphone might be packing. Now the South Korean manufacturer has officially unveiled the G7 ThinQ as the second mobile device on its new AI platform.

Compared to previous LG flagship phone debuts, the one for the G7 ThinQ was far more subdued, and perhaps for good reason. As far as design and specifications go, the G7 is not packing anything revolutionary for the market.

Like several other Android phone makers, the G7 ThinQ sports a bezel-less 6.1" display with a screen notch at the top. The rear of the phone too, looks quite similar to the LG G6 and houses a dual camera (16 MP standard and 16 MP super wide angle lens) setup, along with a fingerprint sensor. 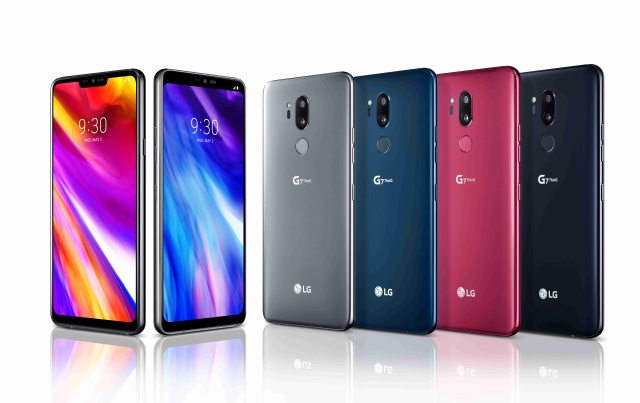 Under the hood, the components are pretty much the same as the LG V30S ThinQ that the company revealed at MWC 18 earlier in the year. To that end, it's powered by the Qualcomm Snapdragon 845 chipset, which is paired with wither 4 GB of 6 GB RAM options depending on the model. Added to this is a IP68 rated water and dust resistance, as well as Gorilla Glass 5 coating the front and back of the device.

Other elements include a new 'Boombox' speaker system which uses the internal space within the G7 to double its bass output compared to other smartphones, according to LG. As for the AI aspect, it's running Google Assistant and Google Images, touting advanced image recognition akin to that of the V30S ThinQ.

At this stage, there is no word on when the G7 ThinQ will be landing locally, but the device is expected to be available in select regions in coming days.