After the somewhat mixed reaction that Ashton Kutcher's portrayal of Steve Jobs garnered in 2013, Universal Pictures' November 2015-slated biopic had a tough time finding its leading man to breathe life into the role of the Apple co-founder. While many passed on the role, Michael Fassbender (Shame, 12 Years a Slave) took it on, teasing a few glimpses in a first look trailer a couple of months ago. Now the first official trailer has debuted, and with a strong supporting cast of Kate Winslet (The Reader, Revolutionary Road) and Seth Rogen (Pineapple Express, Green Hornet), as well as the writing talents of Aaron Sorkin (The Social Network, The Newsroom), Steve Jobs is shaping up quite nicely. 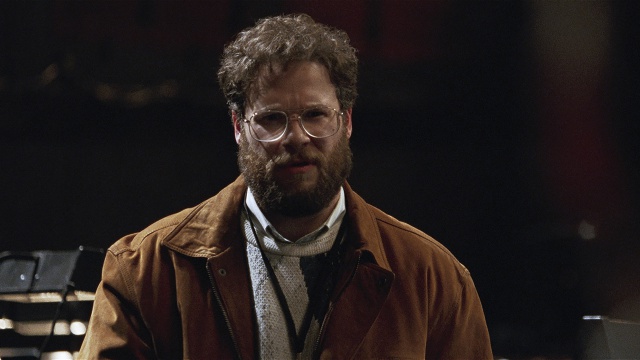 While the hardships and trials Jobs encountered in the business and IT world are well documented, the new film aims to delve a little deeper, looking at his relationships with the likes of fellow Apple co-founder Steve Wozniak (played by Rogen) as well as the strained relationship between him and his daughter in the early years.

Best Bit: Jobs addressing the board at 1:55.