Second Ghost in the Shell trailer details far too much

Criticism of whitewashing aside, we are quite intrigued to see what the live action version of Ghost in the Shell has to offer. The first trailer looked very promising, and now a second one has arrived, detailing far too much about the film in our opinion.

The new trailer not only shows off Scarlett Johansson as The Major, it also showcases the main antagonist in the form of Kuze (a character from the Ghost in the Shell: Stand Alone Complex TV series). 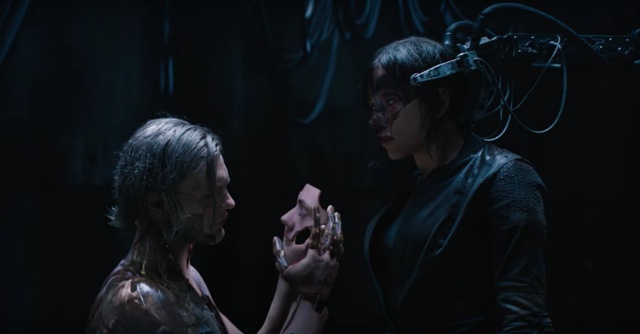 Furthermore, it appears as if the storyline from the 1995 original anime will not serve as the main source material for the plot of this live action version. There are still specific scenes and images that are drawn from the animated film, such as the Major disrobing and fighting on a rooftop while camouflaged, but this movie will be taking things in a slightly different direction, drawing inspiration from the Stand Alone Complex TV series.

From what we can tell, The Major had a family before becoming a cyborg and she may be part of a greater government coverup, likely culminating in her revolt against her creators. If true, how fans of the original film will respond remains to be seen.

Our only wish, is that the producers left a few tidbits for the cinemas, instead of placing them in the trailer. Nevertheless, it's still a good watch. Hit play and see for yourself below.