Star Wars: The Force Awakens poster revealed, with new trailer on the way

If you've been in hibernation for the past year, then news of Star Wars: Episode VII - The Force Awakens should be a welcome surprise. To date, Disney has released two full length trailers and a number of on-set images showcasing JJ Abrams' vision for the Star Wars universe. Now, a third trailer is set to be unveiled, later today, which has been pre-empted by a theatrical poster that channels the style of the original films. 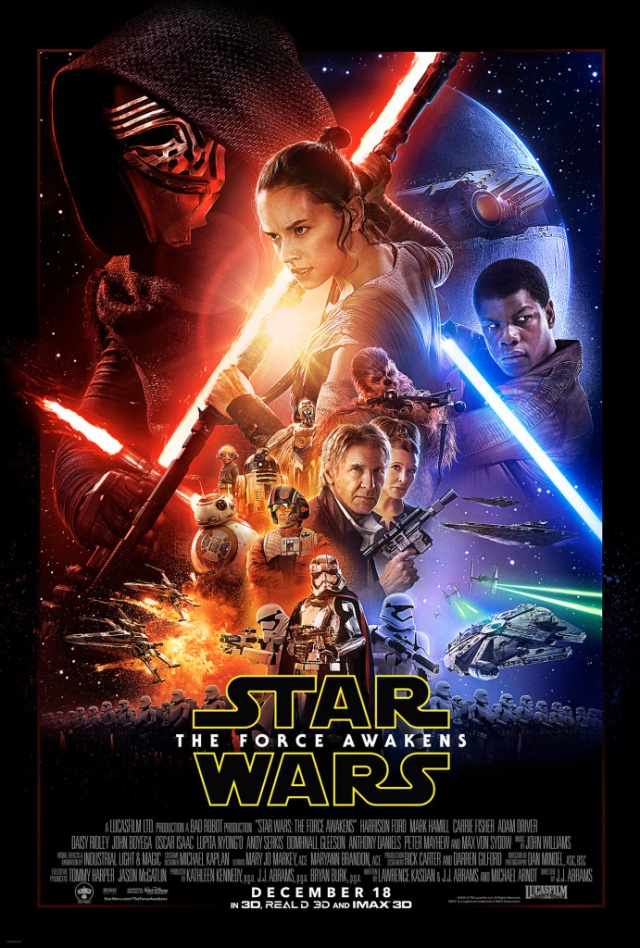 The new poster blends the old with new, as we see franchise veterans Han Solo (Harrison Ford), Princess Leia (Carrie Fisher) and Luke Skywalker (Mark Hamill) appear alongside newbies Poe Dameron (Oscar Isaac), Rey (Daisy Ridley) and Finn (John Boyega). There are also a few clues to the film's plot, as the main protagonist Rylo Ken (Adam Driver) wields his crossguard lightsaber. Added to this, is what seems to be a new version of the Death Star in the background, which is a clear indication that the Empire, now called the First Order, has grown in power.

While we can analyse the poster above, perhaps more details will be revealed in the third trailer for the film, slated for release later today. As we wait for it to debut, there are a number of teaser videos that Disney has released profiling some of the new faces for The Force Awakens.